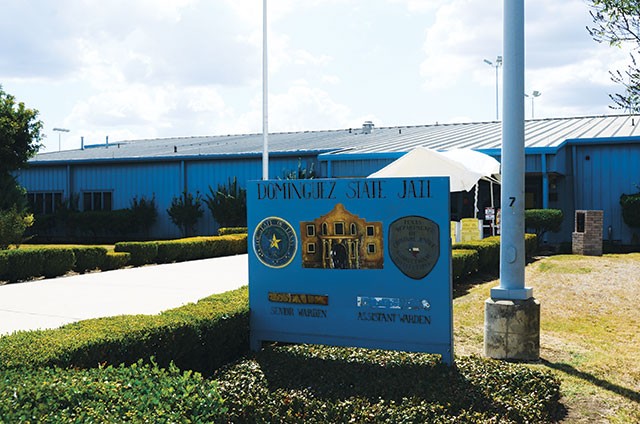 After months of frustration, Melissa Cantu felt pushed to her ethical brink. A therapist for more than 10 years, Cantu’s most recent job as a state contracted substance abuse counselor for a rehabilitation program at Dominguez State Jail left her torn and scared for not only herself but the inmates she was tasked with aiding.

Cantu and others allege they were forced to doctor numbers on inmate assessments by downplaying serious psychological issues and inflating drug and alcohol dependency. Told to rig the playing field in the name of “keeping up capacity,” Cantu knew the unethical request by supervisors at rehab program Turning Point Inc. could jeopardize her license to practice therapy and worse, put already vulnerable inmates, undiagnosed and untreated, at higher risk.

After constantly breaking out in hives, unable to sleep and battling what she describes as an “abusive workplace,” Cantu ditched her compromising job and never looked back.

“I have to get out before it gets really out of control,” she told herself before making an exit. After giving her two-week notice, her Turning Point supervisor demanded she leave even earlier.

The therapist is one in a slew of employees who fled the program and now want to tell their story with the hopes the jail contractor will be compelled to reform.

Employees claim they were pressured to falsify Addiction Severity Index (ASI) scores—measurements of the level of dependency and abuse of drugs and/or alcohol—to show inmates as troubled substance abusers while minimizing their psychiatric status, resulting in a population unable to access the proper mental health care.

Many of the questions on the ASI work on a rating point scale, from zero meaning “no treatment necessary” to a very severe and problematic nine-point grade. No matter what—these employees say they were told—do not score inmates over a ‘one’ in the psychiatric component of the assessment.

“Some clearly had anxiety, possible schizophrenia or bi-polar disorder,” said Cantu. “But if they had a history of mental disorders, they wouldn’t get the right treatment for it. Because if the [psychiatric] score came back as a five you’d have to go back and change it to a one or a two.”

Cantu isn’t the only one coming out to expose the program’s alleged unethical practices. Mark VanHudson*, a former counselor with Turning Point, corroborates the claims, saying he too was forced to manipulate ASI scores. The final straw came for the counselor when an inmate described in detail how he would commit suicide—the evidently disturbed inmate, says VanHudson, was barred from being classified as mentally ill. After just a few days on the job, VanHudson quit in disgust.

“A significant number of these people clearly manifested severe mental illness, some diagnosable and recognizable on the spot. Some with suicidal tendencies,” he said. “Directors instructed us to ignore them—they are asking the counselor to ignore literally life and death indications.”

At the same time, employees were asked to pump up substance dependency numbers on the ASI. For instance, some inmates clean and sober for two decades were funneled into the rehab program, according to the former counselors. Others, in the jail system for reasons completely unrelated to substance abuse, found themselves among the roughly 180 inmates being treated at Turning Point.

“We would get some guys with no history of substance abuse or dependency,” said Cantu. “A guy who drinks occasionally would be pushed into the program. There would be nothing in their histories, no DUIs, no DWIs, no indication that says they ethically deserve to be in a substance rehab program.

They didn’t meet the criteria at all.”

And the test itself is ineffective, say ex-counselors, as the ASI focuses on chemical use in the past 30 days when most inmates go through the screening well past a month in jail. “Why were we even using this instrument in this setting? It didn’t make sense,” says VanHudson.

Patricia Jones**, another former Turning Point counselor who removed herself from what she characterizes as an “unethical” work environment, says by the program’s low eligibility standards most social drinkers would be deemed alcoholics.

“Having a beer once a week or even once a year would be considered ‘alcohol abuse,’ in the program, but it’s clearly not. [The supervisor] wanted to make them look worse than they were. Some of these guys didn’t even do drugs, they didn’t have an alcohol issue, they weren’t addicted, but we were supposed to classify them as addicts,” said Jones.

Ex-employees also contend the substance abuse program allowed for lax and unstructured therapy sessions and little one-on-one time with inmates. Additionally, some employees were undereducated and unqualified to conduct the work they were assigned, claim Cantu, Jones and VanHudson.

Lowering the severity of psychological disorders while inflating substance abuse problems meant more inmates would pass through the program and more state dollars would go toward Turning Point, claimed Jones and others. In September 2012, the private, for-profit program was awarded $5.64 million in state contracts for work until August 2014 at six jails including Dominguez, according to Legislative Budget Board data. From 2008-2012, they saw $11 million in state dollars through the Texas Department of Criminal Justice.

Job security was contingent upon skewing the numbers to keep the program at full capacity—“it was demanded, employees can’t keep their jobs if they don’t comply,” said VanHudson.

“We were told, ‘You guys gotta keep your numbers up if you want to get paid,’” said Cantu. “If the numbers are up, you keep your job.”

In a state that ranks 49th in per-capita government funding to treat mental illness, some jails end up serving as de facto psychiatric hospitals. Studies show the number of seriously mentally ill prisoners in Texas jails far outpaces the number found in state, private and psychiatric units in general hospitals—by a 2010 estimate, there’s a 7.8 to 1 chance a mentally ill patient would be found in a state jail or prison rather than in a hospital in Texas.

“I think we can all agree that the jails have become a dumping ground for the mentally ill,” said Michele Deitch, senior lecturer at the LBJ School at UT-Austin, during a recent panel discussion on mental health and criminal justice at The University of Texas San Antonio. “And it’s just about as inappropriate of a place for them as can be.”

A 2011 report presented to the Bexar County Commissioners Court found indigent mentally ill patients in the County’s public and private hospitals are rising, the Current previously reported. With more patients in need of charity care to cover costs, hospitals experience financial strain. To offset losses, private hospitals may turn away these patients, relegating them to state hospitals or jails and worsening the problem.

The inmates who have mental illness are part of the most vulnerable population and thus more subject to physical assault, less compliant with rules and more likely to end up in extreme isolation—conditions that may deteriorate or even create additional mental health problems, said Deitch.

Already overrun with mentally ill patients, many waiting for treatment, situations like the one former employees with Turning Point allege further distance inmates from the necessary remedies.

If, in fact, psychiatric numbers are being minimized or obfuscated, the consequences could be harmful, says Robin Thorner, supervising attorney with the advocacy group Disability Rights Texas. Especially in a jail-like setting, where conditions are already difficult, mental symptoms would likely be exacerbated and pose a greater threat to the patients as well as their surroundings, said Thorner.

“When mental illness goes untreated, especially for someone who wants treatment, it can have really terrible effects on the individual as well as those around the individual,” she said.

Jones said during her time in the jail, inmates who exhibited clear mental illness, like undergoing active hallucinations, were prone to abuse and extorted for commissary by other inmates.

“We are supposed to be providing a therapeutic service for these guys, to help them make the changes they need so they don’t come back,” said Cantu. “There’s just no way we could have provided them with the actual treatment they needed.”

* VanHudson formerly worked at the Current before and after his employment with Turning Point.
He is no longer with the magazine.
**Pseudonym used to protect anonymity