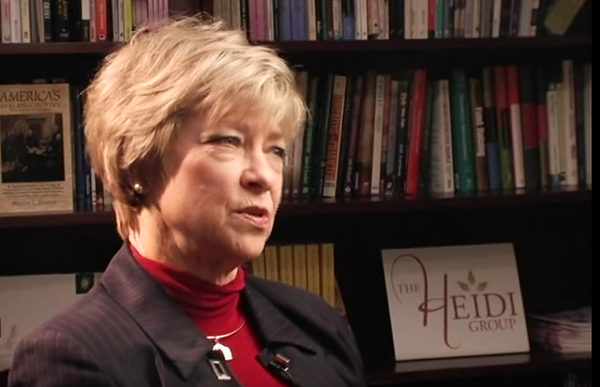 The state health department has witnessed a massive drop in the number of Texas women using the state's family planning services in the past year. In a scramble to fix this decline, Texas has decided to pull millions in funding from the anti-abortion group originally tasked with helping women access these resources.

The Heidi Group, an evangelical nonprofit founded by Carol Everett (an anti-abortion activist fond of the talk-show circuit), was given nearly $7 million in state and taxpayer dollars in 2016 to build a network for women and men seeking health and family planning services. Everett's goal was to serve 18,000 low-income women in a year.

But according to Texas Health and Human Services Commission, that number has shrunk to a paltry 3,500. That's why HHSC is now pulling $4.1 million from Heidi Group's contract, and redistributing the funds among other public health departments and community health centers in the state.

"They didn't reach their own targets during this first year of ramp up. We're adjusting the amounts to make sure we are maximizing services for women through our contractors," HHSC spokeswoman Carrie Williams said in an email to the Associated Press.

This is a problem that could have been easily avoided.

The only reason the state needed to hire nonprofits like Heidi Group to connect women (specifically low-income) to reproductive health care and family planning services was because the state cut the most reliable provider: Planned Parenthood.

In 2011, the state legislature cut Planned Parenthood and all other abortion providers from its state Medicaid budget and in 2013, lawmakers pulled funds from any clinic that even associated itself with abortion providers or advocated for abortion rights. Those tremendous cuts led to a 41 percent decline in the number of Texas women accessing contraception between 2011 to 2015 and a halving of the number of clients served by state family planning programs between 2010 to 2016.

The state essentially tasked the Heidi Group with filling the massive gaps left by defunding Planned Parenthood services in the state. Which proved to be a difficult, if not impossible, task.

A significant number of the clinics Everett included in the new network had no real medical doctors on staff, didn't offer birth control options, and relied on nonscientific persuasion tactics to talk women out of getting an abortion. Everett said she'd use marketing campaigns, social media outreach, and other online improvements to attract patients, but a March AP study found that little of this work had been done.

"It's not as easy as it looks," she told the AP, "because we are not Planned Parenthood."