Statewide, no-refusal is expanding and here to stay 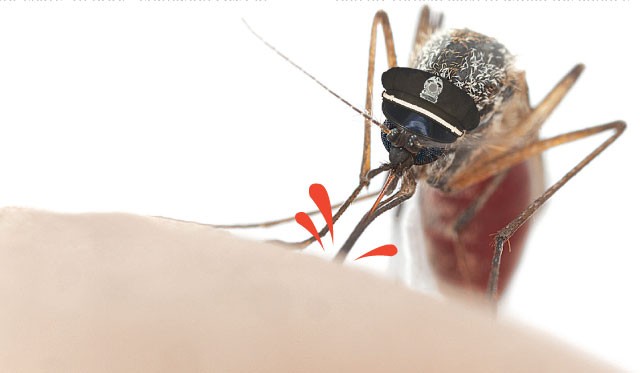 If late some night this week police suspect you of driving drunk, stop you and stick a needle in your arm, thank the enterprising cops of Hereford, Texas — the self-proclaimed "Beef Capital of the World."

A decade ago, officers in the small Panhandle town were the first in Texas to start using search warrants for blood in misdemeanor DWI cases. Now, according to the Texas District and County Attorneys Association, some 77 percent of elected prosecutors across the state use, at least periodically, such no-refusal tactics in their jurisdictions.

In late October 2011 Bexar County District Attorney Susan Reed made San Antonio the state's largest metro area running full-time no-refusal. That means any driver, any time, stopped in San Antonio and suspected of drunk driving who refuses to blow into a breathalyzer gets carted off to the magistrate and forced to give up blood if a judge approves the warrant – prosecutors keep someone staffed at the magistrate's office to push the warrants through.

Blood draws have exploded since Bexar County first experimented with no-refusal in 2008, starting off with holiday weekends known to see an influx of sloshed drivers. In 2009 Bexar County judges approved just 367 blood draws. According to recent data from the DA's office, October 2011 thru September 2012 saw 3,298 blood draws, 2,659 of which were for misdemeanor DWI cases. The rest were for more egregious felony DWI charges, which already call for a mandatory blood draws, like driving drunk with a child in the vehicle or intoxication manslaughter.

There's indication enforcement, too, has gone up, says First Assistant District Attorney Cliff Herberg. "We usually see about 5,000 DWI arrests every year, and this year we're almost at 7,000," Herberg said, adding that since the start of Bexar County's no-refusal experiment, local intoxication manslaughter cases have fallen by half.

While the Bexar County Medical Examiner's Office will have to somehow handle the flood of local blood-draw cases, no-refusal statewide has made blood samples sent to Department of Public Safety crime labs soar, up 500 percent in six years, according to state estimates.

The surge in no-refusal statewide began over worries of serious declines in DWI convictions in recent years. Judge David Hodges, then a judicial liaison with the Texas Center for the Judiciary, told the Legislature in early 2011 that since Texas implemented its Driver's Responsibility Law and the surcharge that it carries for DWI convicts, defendants grew more likely to fight DWI's in court, pushing judges and prosecutors to accept reduced charges instead of letting cases languish in court dockets for years. In 2005, statewide DWI arrests stood at 99,501, with convictions at 63,132. By 2009, the state saw 102,309 DWI arrests but only 44,777 convictions.

Rather than repealing the surcharge, police and prosecutors sought instead to bolster cases with more evidence. "Of those cases without a breath test that were going to trial, we were losing nearly 50 percent of them," said Herberg. "The juries were quite frankly demanding more evidence. The officer's word just wasn't good enough anymore."

The defense bar naturally grouses over no-refusal. "Just having bloodshot eyes, the odor of alcohol on your breath, and the fact that you refused a field sobriety test. That gives them the right to take your blood," said Jamie "DWI Dude" Balagia, a local DWI defense attorney. "It's offensive."

Attorneys like Balagia have been challenging breathalyzer results in court for years, and recently even sought to get hundreds of cases dismissed over a former county contractor and breath test analyst, George McDougall, who retired last year after being diagnosed with "mild cognitive impairment."

Clay Abbott, DWI prosecutor with the TDCAA, says he doesn't understand the resistance to blood testing. "We have all these commissions looking at actual innocence, screaming and yelling that prosecutors should test any and everything possible and that we should never try any case without scientific evidence," Abbott said. "Yet the DWI defense bar has to feel the exact opposite way."

Whether the blood tests are any stronger in court is yet to be seen – local attorneys have yet to try a misdemeanor blood-draw case. However, last year Austin attorney Sam Bassett, former state Forensic Science Commission chairman, publicized problems with one no-refusal case in which his client's blood was tested in an Austin PD crime lab. While the initial test revealed a blood alcohol content at 0.10, Bassett, after a 10 month fight, got a court order to have the blood retested at an accredited, independent lab. The subsequent test put the driver's BAC at 20 percent lower, right at the legal limit.

Local DWI attorney George Scharmen pushed the Bexar County ME's office to allow tours with local defense attorneys to review the lab's blood-testing protocol. But after two tours with about 10 attorneys, the practice abruptly ended this summer without explanation, he says. Scharmen claims he saw faulty procedures that could possibly skew results.

"We've learned that no-refusal is not the end of defense," Scharmen said. "These machines can be very precise, but they can also be precisely wrong."