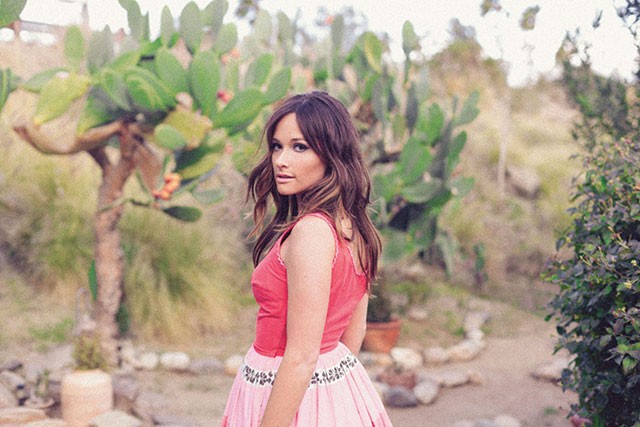 Though she was born in 1988 and released her first recordings at the age of 14, Texas native Kacey Musgraves has always displayed remarkable wit and wisdom in her songwriting. Since her 2003 release Wanted: One Good Cowboy, Musgraves has, subtly and not so subtly, set herself apart from the formulaic pop-country herds on Music Row. Her songs on Wanted are imbued with an innocence of a green songwriter in love with the traditions and tropes of her heroes, but it’s here that Musgraves first displayed her knack for twisting Americana clichés into something wholly new and progressive.

In the 10 years between the release of Wanted and the release of her 2013 breakout album and Grammy winner Same Trailer Different Park, Musgraves starred in the NBC reality competition Nashville Star, moved to Nashville, worked as a demo vocalist for hire and began writing more prolifically than ever. Exposed to the ups and downs of life in Music City, Musgraves honed her craft and eventually found success writing for Martina McBride and fellow Nashville Star alumna Miranda Lambert. With the release of Same Trailer, Musgraves solidified her rightful place as the person best suited to sing her sassy and poignant compositions. Released by Mercury Nashville, Same Trailer is a post-Willie and post-Dixie Chicks country album that sounds more traditional than much of Nashville’s current output and, at the same time, flies in the face of the bland language and empty values that have dominated big country for decades. With the ambition and execution of Same Trailer, you get the sense that Nashville was only the first of her conquests.

Songs like “Blowin’ Smoke” and “Merry Go Round” are clever but earnest ruminations on heartland complacency, hypocrisy, mediocrity and the ways in which we tend to distract ourselves from chasing personal bliss. Musgraves urges her listeners to wrestle with life’s biggest questions by providing them with songs that are wholly enjoyable but, like the candy-coated pecans of her Mineola childhood, offer real substance beneath a pleasant exterior.