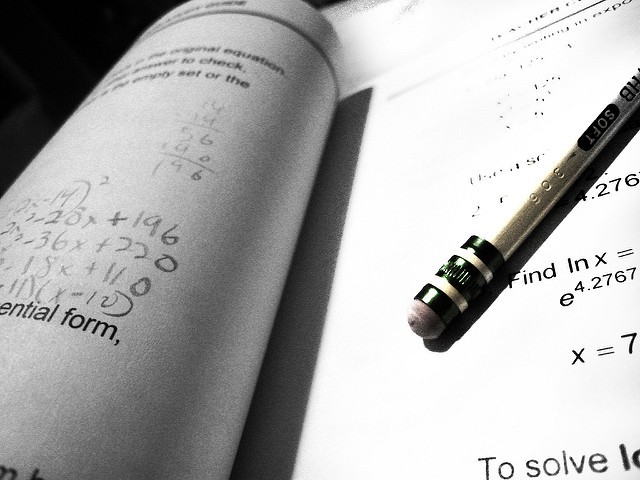 Texas House Speaker Joe Straus is calling for state education officials to suspend their apparently random target for special ed enrollment that over the past decade has kept tens of thousands of disabled kids from receiving the special classes and services they need.

Straus' letter to Texas Education Commissioner Mike Morath Wednesday comes on the heels of a bombshell Houston Chronicle investigation last month that showed tens of thousands of Texas children with disabilities have been kept out of special education over the past decade due to an arbitrary benchmark that state education officials haven't really been able defend. That rule, which officials rolled out in 2004 and set a target of 8.5 percent special ed enrollment for districts across the state, seems to explain why Texas’ rate of special ed enrollment is not only the lowest in the country but hangs so far below the national average of 13 percent special ed enrollment.

Advocates for disabled students say the rule has likely done immense damage to kids that desperately needed, but were left out of, special ed classes as districts pushed their enrollment down year after year to meet the state’s random benchmark. In his letter Wednesday, Straus, a San Antonio Republican, urges the TEA to "either make significant changes" to the rule or suspend it altogether until the legislature and the agency can come up with a fix next year. As Straus put it in his letter,"students shouldn't have to wait for the legislative process to run its course in order to get the educational help they need."

Straus' letter follows yet another Chronicle story revealing just how serious the rule's impact was on individual school districts when state officials rolled it out. In one year alone, according to the paper, the Laredo Independent School District kicked more than 700 kids out of special ed classes to meet the state's arbitrary benchmark. One elementary school speech therapist told the paper, "We basically just picked kids and weeded them out. We thought it was unfair, but we did it." In San Antonio ISD, which in 2004 saw special ed enrollment of nearly 13 percent, special ed enrollment has fallen two percent over the past decade. South San ISD went from 10.6 percent special ed enrollment in 2004 to around 7 percent last year.

The glaring issues with special ed enrollment is just one of many crises involving vulnerable Texas children that lawmakers will tasked with addressing when they head back to the legislature in January. Take for example the fact that Texas routinely ranks at or near the bottom of states when it comes to child wellbeing. According to one recent report, more than 1.3 million kids in Texas kids live in so-called high poverty neighborhoods, up six percentage points from 2000. Texas still has some of the highest rates of uninsured children in the country. And not only has the agency tasked with identifying and preventing child abuse been forced to undergo fundamental reforms after years of repeat failures, but yesterday a legislative committee had to order state police to track down nearly 3,000 kids who are at high risk of abuse or neglect but whose cases haven't followed up with visits by child protection workers because of staffing shortages (some have waited for weeks or even months for a visit).

So it's no surprise Straus has called for the focus of the 2017 Legislature to be on protecting the state's many vulnerable children.