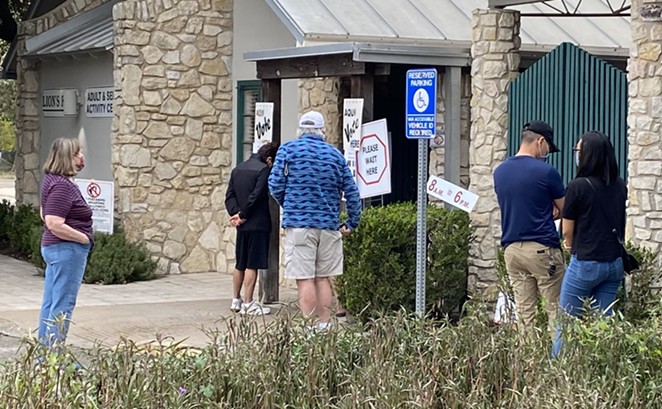 Texas taxpayers would be forced to pay up to $250 million per investigation if the state legislature passes pending legislation to lower the bar for political parties to demand election audits, a new economic study shows.

Separate Republican-backed bills pending in the Texas House and Senate would enable partisan probes of both the 2020 election and future political contests. As written, taxpayers in the counties where the probes take place would be required to pick up the tab.

For a simple review in a small county, taxpayers would be on the hook for a minimum of $35,000, according to the new analysis by Austin-based AngelouEconomics. On the upper end, a detailed statewide investigation would cost taxpayers up to $250 million.

"With costs as high as $250 million for a statewide investigation, partisan election reviews come at high costs both directly and indirectly to Texas taxpayers," said Angelos Angelou, CEO and Chief Strategist of AngelouEconomics. "This could result in a costly expenditure for taxpayers that would also erode their representation and voice in government.”

Now under debate, Texas' Senate Bill 47 and House Bill 16 would make it easier for political parties to order up investigations of poll results already verified by local elections officials. Both echo former President Donald Trump's repeated lies that the 2020 election was marred by widespread fraud.

Trump has used his stranglehold on the GOP to demand costly partisan probes from state officials. Last month, at Trump's behest, Texas — under Republican Gov. Greg Abbott — initiated such a probe of the 2020 election results in four of its most-populous counties.

Secure Democracy and other voting-rights groups warn that SB 47 and HB 16 would weaken Texas voters' trust in elections and ratchet up partisan rancor. Meanwhile, the proposals duplicate existing rules that already safeguard the process, they argue.

“The 2020 election in Texas was smooth and secure, a testament to the professionalism of local election officials across the state,” said Sarah Walker, Secure Democracy's executive director. “We don’t need a costly relitigation of the 2020 elections or open up future elections to frivolous partisan investigations that would undermine voters’ trust in the democratic system and saddle Texas taxpayers with a multi-million dollar bill.”