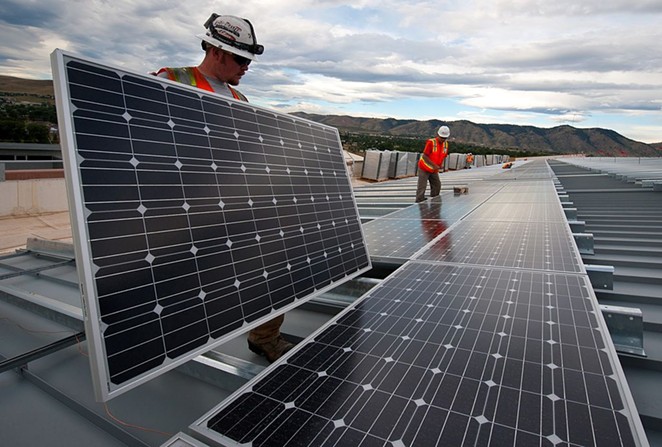 If builders install solar panels on all new Texas homes and apartment buildings by 2045, the state could generate a ten-fold increase in solar capacity and drastically cut air pollution, according to a new study.

Carbon dioxide emissions from electricity generation would drop by 3.2 percent if building codes in the Lone Star State required builders to make panels part of new residential construction, according to the report released Monday by the Environment Texas Research & Policy Center.

“Every home and structure built without solar is a missed opportunity,” said Emma Pabst, who follows clean energy for Austin-based Environment Texas. “Generating renewable energy from our rooftops helps homeowners and their communities, reducing both electric bills and pollution. Given that, San Antonio should amend its building code to require solar on new homes.”

In May, California became the first state to require all new homes be built with solar panels. That policy goes into effect in 2020.

While it's easy to predict the response similar regulations would get in Texas ("Git yer gubment hands off my rooftop!"), California data suggests homeowners will save money over the long run. The state's energy commission estimates its policy, together with energy efficiency gains, will save homeowners $19,000 over the cost of a 30-year mortgage — or double what the upgrades add to the home's initial cost.

Even if the state of Texas doesn't follow the Golden State's example, Pabst said consumer demand can help push builders into making it one of their custom offerings.

"The ability to save on energy from day one is incentivizing people to invest on solar during new construction," she added.