Study: Texas Judges Deny Abortion Care to as Many as 13% of Teens Who Seek It 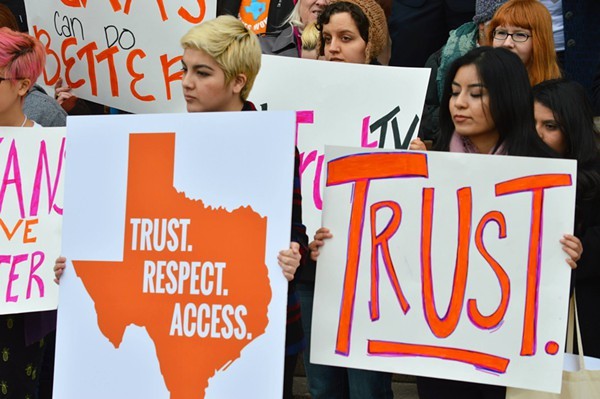 Minors seeking abortions without notifying their parents are denied the procedure by Texas judges as much as 13% of the time, according to a new peer-reviewed investigation.

The study, appearing Thursday in the American Journal of Public Health, found that since Texas implemented a 2016 law making it harder for minors to get judicial approval to obtain abortion without parental consent, the number denied the procedure tripled.

The percentage then dipped the following year, and that fluctuation suggests judges weren't basing their decisions solely on individual case merits but on their personal views on abortion, the authors argue.

“We found that judges are denying girls abortion care with impunity, potentially based on their own personal political opinions,” said lead author Amanda Stevenson, an assistant professor of sociology at the University of Colorado Boulder who studies reproductive health policies.

Texas and 36 other states require minors to notify or obtain consent from parents before they can terminate a pregnancy. If teens can’t, are afraid to, or have been denied by their parents, states are required to let them seek permission from a judge — a process called “judicial bypass.”

“Judicial bypass exists to assure that a parent cannot veto a teenager’s abortion decision, but instead, it is just giving that veto power to a judge,” said Stevenson, referencing a 1979 U.S. Supreme Court ruling that no one can veto another person’s right to abortion care.