A Central Texas woman was arrested Friday after she was filmed beating a student while substituting at a school in Kyle.

According to a report from CBS Austin, Tiffani Shadell Lankford was the substitute for a foreign language class at Lehman High School in Hays CISD, located in Hays County. An attorney for the student's family said students in the classroom were being so loud that Lankford began cursing at the students.

The female student then allegedly told Lankford not to talk to her that way. Footage from various angles shows the student slap Lankford, who then hits the student repeatedly before pulling her out of her desk and stomping on her head.

I want the full video of this Lehman sub beating the shit outta this student today 😂 LIKE WTFFF pic.twitter.com/5zHMAFFch9

The student, who the district said is a 16-year-old sophomore, was taken to a hospital for evaluation. She also reportedly has epilepsy.

Since the release of the video, Lankford, 32, has been fired as a substitute teacher. The incident was also reported to the Texas Education Agency.

"Under no circumstance is that behavior tolerated at Lehman High school or in Hays CISD," Karen Zuniga, the school's principal, told CBS Austin. "We take the safety and security of our students seriously."

Lankford, who has previous domestic violence charges, had been working for the district since August. 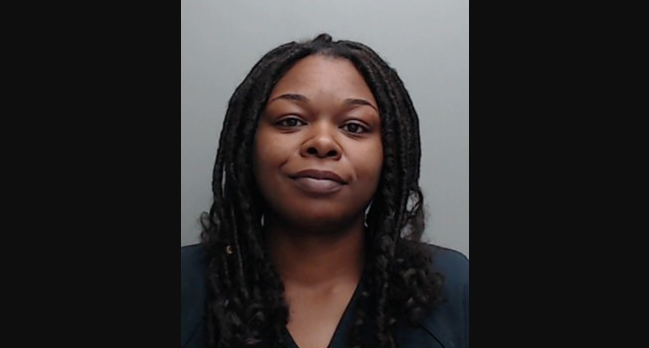 "We are shocked and disgusted after seeing the abuse and excessive force used in this teacher's attempt to discipline a special needs child. There is no excuse for this type of behavior," an attorney for the family said in a statement. "Given this teacher’s alleged criminal history of domestic violence and the video footage that has shaken our community, we have started an investigation into this teacher and Hays CISD in the hopes of ensuring justice for this family and so that no Texas student has to ever endure such extreme behavior again."

Lankford has been charged with second-degree felony aggravated assault.