Summer Movie Guide: From Blockbusters To Biopics, Take Your Pick From 50+ Flicks 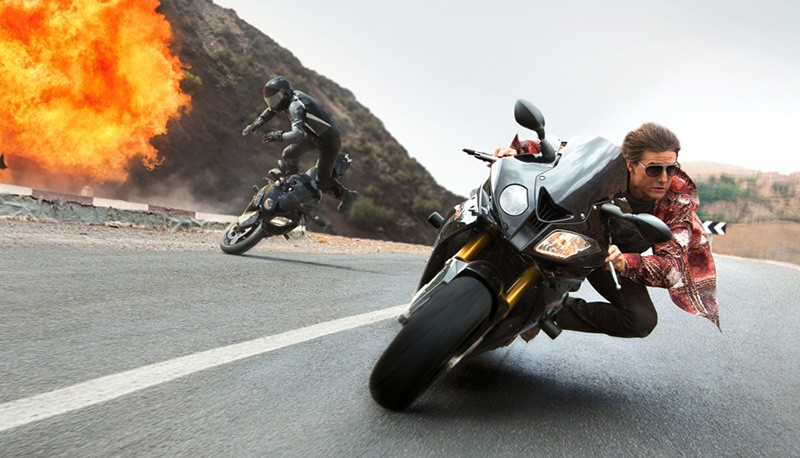 Ever since the "summer movie" concept was created with the runaway success of 1975's Jaws, the season has become synonymous with name-brand blockbusters and sequels. To be sure, there is no shortage of sequels, prequels, reboots, pre-boots, remakes, pre-makes, and make-boots coming to theaters this summer. But warm-weather months are also about major-label animation, ribald comedies, unbranded action flicks, underappreciated auteurs, arthouse alternative programming and the ubiquitous horror movies and biopics.

Magic Mike XXL and Ted 2 follow up hit 2012 films, while Mission Impossible: Rogue Nation is Tom Cruise's fifth go-round as Ethan Hunt. The Fantastic Four reboot hopes you'll forget all previous movie versions, while The Man from U.N.C.L.E. prays that someone remembers the 1960s TV show. Meanwhile, Vacation and Jurassic World appear to simultaneously sequel-ize and reboot their franchises, and God only knows what's going on in the timeline of Terminator: Genisys.

Critic's Pick: Mission Impossible: Rogue Nation. This is possibly the most auteur-driven franchise in film history and I'm curious to find out what Cruise sees in Jack Reacher director Christopher McQuarrie.

Critic's Pick: Trainwreck. I've had my issues with Apatow as a director, but it's great to see Schumer in a lead role. Plus, check out the supporting cast: Brie Larson, Tilda Swinton, Randall Park, Method Man and LeBron James.

Me and Earl and the Dying Girl swept the top awards this year at Sundance, where the coming-of-age comedy Dope also received praise and the shot-on-iPhones Tangerine played the Next program. Infinitely Polar Bear stars Mark Ruffalo as a manic-depressive trying to win back his family; Adam Driver plays a new father in Hungry Hearts; Ian McKellan assumes the role of Sir Arthur Conan Dolye's great detective in Mr. Holmes; Jennifer Connelly reconnects with her abandoned child in Aloft.

Critic's Pick: Aloft. The bleak trailer for Claudia Llosa's drama makes it seem like the perfect vehicle for Connelly, a great actress who hasn't had a decent role in nearly a decade.

A couple of sequels highlight the summer horror slate — Sinister 2 and Insidious: Chapter 3; Joel Edgerton directs himself as a mysterious stranger in The Gift; Ethan Hawke and Emma Watson star in Regression; Arnold Schwarzenegger headlines the zombie movie Maggie; exorcists battle satanic forces in The Vatican Tapes; The Gallows concerns a play that awakens a malevolent presence.

Critic's Pick: Maggie. I am in a distinct minority here, but I think that Schwarzenegger was positively soulful in last year's unfairly maligned Sabotage and I'm genuinely excited to see what he does next.

Critic's Pick: Manglehorn. After the formally bold and fitfully successful Prince Avalanche and Joe, I'm curious to see where Green is going with this. Also, the trailer for Manglehorn is a singular piece of cinema.

Most of the heavy hitters in the animation game are here — Pixar offers the inner-life comedy Inside Out; Minions spins off from the hugely popular Despicable Me films; When Marnie Was There is the latest from Japanese legends Studio Ghibli; Shaun the Sheep Movie comes from Wallace and Gromit studio Aardman.

Critic's Pick: When Marnie Was There. This was a no-brainer — I'm a fan of Pixar and Aardman, but their films pale next to those of Studio Ghibli, and although scion Hiyao Miyazaki has apparently retired, the studio continues to churn out touching and beautiful works like last year's Tale of the Princess Kaguya.

Critic's Pick: Love and Mercy. While Segel and The End of the Tour have received rave reviews, I can't resist a biopic about the brilliant and fragile Wilson, played here by both Paul Dano and John Cusack, with support from Paul Giamatti as Dr. Eugene Landy.