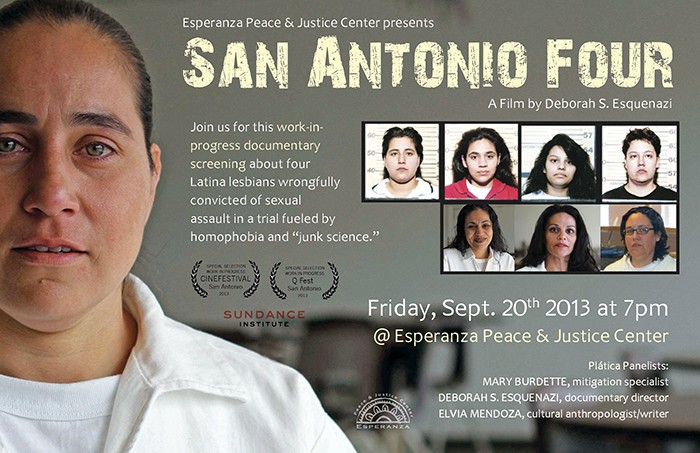 In 1994, Elizabeth Ramírez, Kristie Mayhugh, Anna Vásquez and Cassandra Rivera (later known as the “San Antonio Four”) were accused by Ramírez’ nieces—then 7 and 9—of horrifying rape crimes and satanic rituals. Despite debunked medical evidence and inconsistencies in the victims’ testimonies, the jury convicted all four women, who maintain their innocence. You can read the full Current story from 2012 here.

In 2010, The Innocence Project of Texas took up the case. In 2012 one of the victims, now an adult, recanted her story, claiming her father coerced her to make the accusations. Director Deborah S. Esquenazi has been chronicling the women's struggle for freedom, and will screen her documentary, a work-in-progress, followed by a discussion on Sept. 20 at 7 p.m. at the Esperanza Peace & Justice Center.