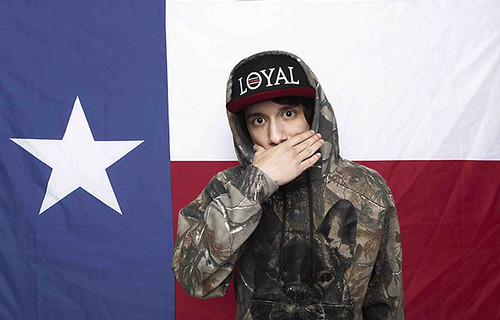 You might've already noticed, but San Antonio-based "crunkstep" DJ/producer Chris Lee "Crizzly" Marshall of the Ghostpizza gang is officially blowing up. Not only is the 21-year-old once again joining the Vans Warped Tour (which touches down at the AT&T Center on June 14), he's playing at (already sold-out) Lollapolooza in Chicago (August 1-3 in Grant Park). As reported on the festival's website, Crizzly's made the most of guerrilla promo tactics, giving Diplo a loaded USB drive at the Electric Daisy Carnival in Las Vegas in 2011 and slipping his remix of AJ Hernz's "Snap Back Swag" into a playlist on Skrillex's tour bus. Wise advances considering both taste-makers have worked his tracks into their sets. Below, Scott Baker's video for the Crizzly remix of Marion Band$' Grand Theft Auto-approved "Hold Up" featuring LA-based rapper Nipsey Hussle.