Super Brews: What to pair with your game-time eats 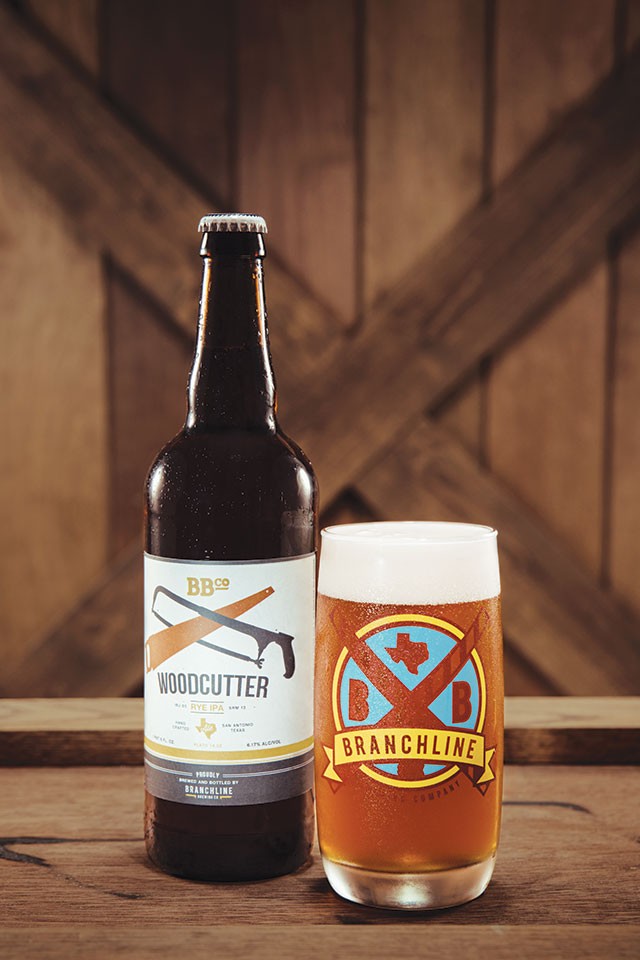 It’s all set. Sunday, February 2 will see the Denver Broncos take on the Seattle Seahawks in Super Bowl XLVIII. Even if we don’t have a “local” stake in the matter, many of us are still thrilled at the prospect of getting together a bunch of buddies, brews and snacks (lots of snacks) to watch the big game. Speaking of beer, try ditching the Bud Light this year and think local. Don’t worry, you can still get a plenty good buzz without spending bank, as many craft beers have higher alcohol content than their cheap, mass-market counterparts (for instance, Woodcutter Rye IPA has approximately 6.55 percent ABV compared to Bud Light’s 4.2). When planning what brew to pair with your party menu, here are some suggestions that are sure to elevate your bowl-watching experience.

Although sauces vary with this classic, many have some type of spice to them and that kick can best be balanced out with a good old IPA (India Pale Ale) such as Woodcutter Rye IPA from San Antonio’s Branchline Brewing Co. The rye malt flavor and the bitterness from this aggressively hopped American IPA serve to taper the wings’ spiciness a bit, while some of the hops’ fruity notes come into sync with the wings’ sauce, whatever it may be. Large bottles can be found at most area Spec’s and Gabriel’s and some H-E-Bs.

Definitely a tradition for parties in San Antonio, fajitas too can vary in flavor or spice. A lighter ale, such as Alamo Golden Ale from San Antonio’s Alamo Beer Co., would pair perfectly with this dish. Although once the same formula as Real Ale Brewing Co.’s Fireman’s No. 4, Alamo Golden Ale is less sweet and has a drier, crisper finish than the Fireman. That finish helps balance the heaviness of the meats, whether chicken or beef. Alamo Golden Ale six-packs are available at most area H-E-Bs, Spec’s and Gabriel’s.

While the type of cheese can make a difference with which ale or lager to choose, you can experiment. Cheese, beer, what could go wrong? For starters, pick up a little of Blue Star Brewing Co.’s Winter Texan to pair with Camembert and you might be surprised. You can fill up 64- or 32-ounce containers at Big Hops Growler Station.

Whether chicken, beef or turkey, these mini-burgers are likely to be seen at many a home this year. Regardless of the toppings you place on your sliders, a nice, well-balanced porter should do the trick. Stop by Freetail Brewing Co. and pick up a 64-ounce growler of their Torpor Porter. The notes of coffee and cocoa, as well as the subtle hop bitterness, pair easily with the rich meats.

Wow, this one can really vary from house to house; it seems like everyone has their own recipe. Regardless, there are some commonalities with many versions of this popular party dip. Most will have refried beans, cheese, guacamole, more cheese and a little something spicy. Grab a growler of Saison Oscura from San Antonio’s Ranger Creek Brewing and Distilling. The notes of pepper and spice in this darker rendition of a farmhouse ale will easily meld with the sweet and spiciness of the dip. You can fill your growler with the moody saison at Big Hops on Huebner in either 64- or 32-ounce pours.

Just the thought of this enchanting snack item has my mouth watering—it has bacon in it for crying out loud. For this little snack food, I’d suggest grabbing a bottle of Aloha Piña Golden Ale from Cibolo-based 5 Stones Brewing. The sweet from the pineapple and honey along with the roasted jalapeños will accentuate the spice from the peppers and rich cream cheese filling. If you like Hawaiian pizza, this pair’s for you. Large bottles are available at most area Spec’s, Twin Liquors and Gabriel’s.