Survey: More Than 80% of Texas Latino Voters Are Worried About Racism-Fueled Gun Violence 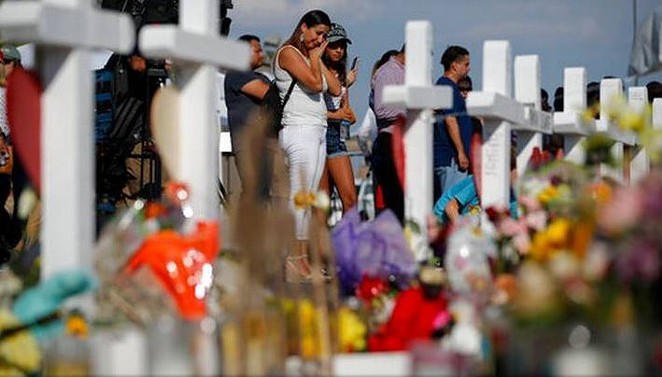 Four in five of Texas Latino voters are concerned about the threat of future gun violence fueled by racism, according to a new survey from the gun control group Giffords and the Latino Victory Project.

The survey — conducted in the wake of the El Paso Walmart shooting that left 22 people dead at the hands of a suspected white supremacist — also found that 82% of respondents hold President Donald Trump partly responsible for an increase in anti-immigrant and anti-Latino language.

In an online manifesto, the El Paso shooting suspect said he intended to kill Mexicans to thwart a “Hispanic invasion of Texas," echoing rhetoric used by the president.

According to the survey, conducted online between September 6 and September 13, 80% of survey respondents said stricter gun laws are necessary. More than half stated that gun laws should be "significantly stricter."

Among the other findings:
The survey was conducted by AudienceNet and Mosaic Media Strategy Group.