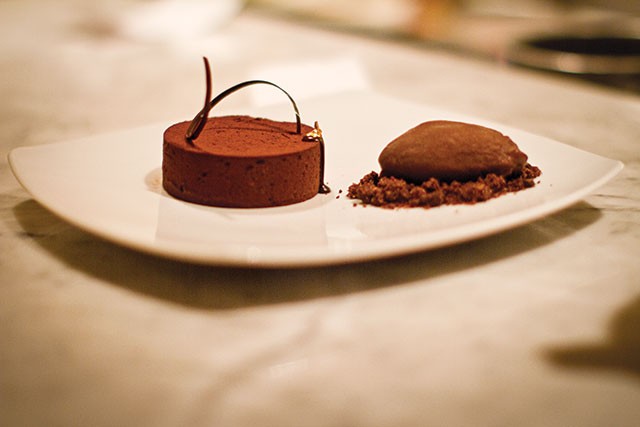 For those who think San Antonio Restaurant Week has become too bland, some new ingredients should spice things up for this year’s event, held August 16 through 23.

Organizers at Culinaria, the culinary nonprofit behind the weeklong affair, took on a “more the merrier” approach. The grand total of participating joints, as of press time, was 85. New additions include Bliss, The Granary, Cured, El Machito, Speisen and the newly opened Starfish. A designated “Restaurant Week on the Move” event will be held August 19 from 11 a.m. to 2 p.m. with Cheesy Jane’s, Crazy Carl’s, Saweet Cupcakes and four more trucks.

A new $10 and $25 price tier was added to help accommodate mid-range restaurants, while the $15 and $35 lunch and dinner options remain for high-end joints. Food trucks will offer menus for $8 and $15.

The changes mean eateries such as all three Habanero’s Grill locations across San Antonio and special-diet friendly Zedric’s Fresh Gourmet to Go can participate. “We’re pairing some of our more popular dishes,” owner Zach Lutton, a Culinary Institute of America-Hyde Park alumnus, said about Zedric’s participation. A sample three-course offering will include the restaurant’s baby kale salad with roasted cauliflower, craisins and lemon vinaigrette, a large portion of turkey ragu over spaghetti squash and a serving of Key lime pie with strawberry compote for $15. A Zedric’s meal like that would normally run $17 usually, and $1 is donated to Culinaria.

Suzanne Taranto-Etheredge, president and CEO of Culinaria says, “If you don’t go to Culinaria, you’re crazy.” And she might be right in that avoiding Restaurant Week’s prix fixe meal deals would take an insane amount of effort for the dine-out crew.

“It’s about exploration … going to places you haven’t been to, going outside that comfort zone in terms of spending or adventuresome plates,” she said.

Consider temporarily suspending your clean plate club membership as well. While on her two-visits-per-day schedule, Taranto-Etheredge usually ends up having what she calls “the best leftovers” for days.

“We heard from a lot of people that would show up and they didn’t get in,” she said of Restaurant Week’s tendency to fill dining rooms.

For his part, Jeff White, executive chef at Boiler House Texas Grill & Wine Garden (which will run their special menu through August 30), stressed the practicality of reserving a spot.

“We come up with a whole new menu for Restaurant Week that may include some regular items, or dishes we haven’t done yet to showcase our abilities,” White said. “We need to know how much to source and prep for these particular menus.” In other words, don’t crash the party.

If this Restaurant Week will pass you by, don’t worry, Culinaria’s busy planning for another go this coming January.

Correction: August 15, 2014
This article has been updated from the original print edition, which incorrectly stated that Restaurant Week runs August 13 through 23.