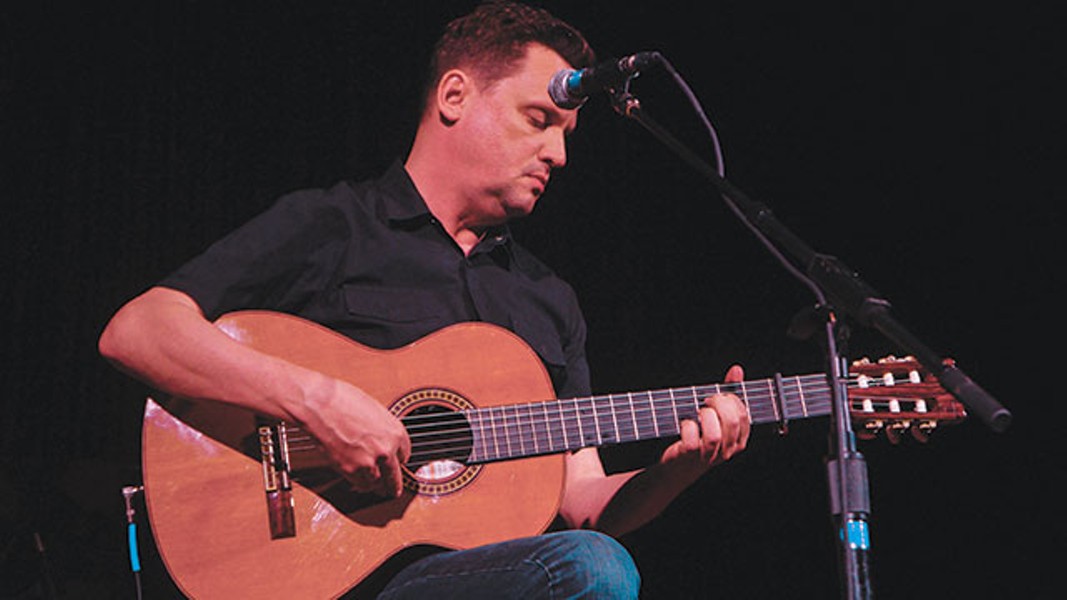 Though it was still a stellar, predominantly free week to experience the latest and greatest in the game, the bloated spectacle of this year’s South By Southwest Music Conference continued to move away from its intended origins of celebrating music for music’s sake. In 2014, branding—though inevitable as a financial backbone—dominated the event. Sponsors plastered central Austin with a slew of logos, while lines for big or buzzing names snaked along multiple blocks and “RSVP for entry” policies acted as a thin veil for sucking up email addresses. Of course, my skeptical take on SXSW’s triviality was significantly formed by witnessing Rashad Owens drunkenly charge a stolen sedan through Red River and East 10th streets, accelerating to plow his way through a crowd, killing three, injuring 23 and turning last Wednesday’s celebration on Red River into a sprawling crime scene.

For better or worse, the music industry’s largest annual party forged on. From tear-dropping acoustic acts to ear-splitting punk, here’s a recap of bands that made our SXSW experience.

BADBADNOTGOOD
Toronto-based trio BADBADNOTGOOD casually toe the line between hip-hop and jazz, unafraid to sway towards either pole when necessary. A true refreshment from the slew of SXSW bands that can only vaguely play their instruments, BBNG have supreme command over their work. Seeing the piano-drums-bass outfit live is an exercise in improvisation, an energetic animal that can’t quite be contained. It’s a unique draw, blending Chick Corea keyboards with beats normally reserved for an 808 drum machine.

Parquet Courts
Parquet Courts are the smartest punks in the room in 2014, intelligent and emotionally expressive without appearing self-conscious or snotty. It’s evident on their records that language comes first for the band, writing engaging think pieces or stream-of-consciousness rants to match the dynamic of each track. Though several days of pounding my eardrums at violent decibel levels rendered the lyrics indecipherable, Parquet Courts are tight enough as a punk band that their music stands alone.

The Black Lips
The Lips have been a blast to see since their inception 15 years ago, but only in the past few have they learned how to really play musically to match their raw talent as performers. The band chugged through 10-odd songs, pulling primarily from their 2011 release Arabia Mountain and their new album, Underneath the Rainbow (released March 18). The new tunes, like everything in their roster, are a hellish barrel of fun, merging punk, rockabilly and impeccable Southern diction (“got-to drinkin’, start-to bleedin’”) under the garage aesthetic.

Mark Kozelek (Sun Kil Moon)
Anyone who says rock ‘n’ roll is a young man’s game is a fool, or hasn’t listened to Mark Kozelek of Sun Kil Moon. The 47-year-old singer has amassed a grueling history of personal loss and sexual past, all of which he draws upon in his work. Experiencing Benji, Mark’s sixth and best album as Sun Kil Moon, is a compelling and tearful experience. Though the specter of death looms on each track, the aggregate result ends up more cathartic than ominous. Benji finds Kozelek making sense of the violence and death in life, observing the beauty in each vivid detail.

Perfect Pussy
Each year at SXSW, there’s an act that wins the unofficial workhorse award, hustling their gear from venue to venue all week for gigs from secret shows to SXSW showcases. In 2014, Perfect Pussy won the prize, with no close contenders. On Friday evening, at the band’s show on a bridge over Ladybird Lake, the bassist threw his four-string into the water’s depths, either sick of his SXSW fate or because it was the most punk thing he possibly could have done.

Decibels above any other set we’d seen this week, it took all of one blisteringly fast song at their Saturday set to blow the speakers. It’s brutally loud, violently fast hardcore in the league of ’80s D.C. punk and LA’s SST label. Frontwoman Meredith Graves transformed from a polite punk to a vicious aura of positive energy as soon as the blast beats began. Though the language is unintelligible, when referenced on the internet, it’s quite strong and quite brilliant. On their recordings and in a live setting, Perfect Pussy attests to the power of five musicians giving their all to their art.