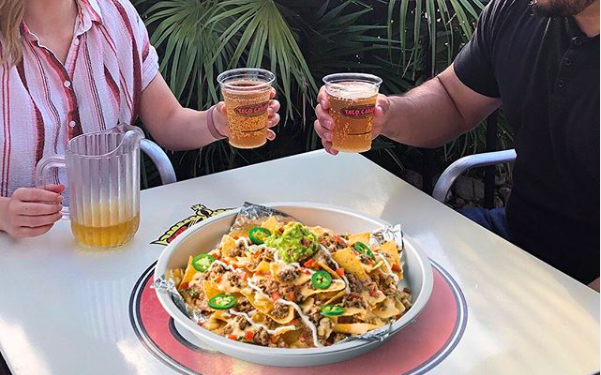 According to a filing made with federal securities regulators, Dallas-based Fiesta Restaurant Group, Taco Cabana's corporate parent, received a $10 million low-interest loan available through the federal Paycheck Protection Program. The PPP was created to help small employers retain employees during the global pandemic.

However, Fiesta Restaurant Group is anything but small.

David Macpherson, who head the economics department at Trinity University, said the program was not intended for companies with more than 500 workers. While some individual Taco Cabana franchisees could qualify for the PPP, the corporate headquarters had no justification for obtaining a loans.

"When you're talking about companies with $100 million or more in market value, what's $10 million to them?" he asked. "They shouldn't have applied for it, and it shouldn't have been given to them. That's the bottom line."

According to AP's investigation, at least 94 corporations that disclosed receiving aid since the program opened on April 3 had stock traded on public markets. Some of them had market values of more than $100 million.

Those companies, or their subsidiaries, raked in $365 million in low-interest, taxpayer-backed loans, according to AP's analysis of the data.

AP pointed out that the list of recipients represent a fraction of the 1.6 million loans banks approved under the PPP, which was depleted last week. Some San Antonio small-business owners say they were unable to apply for funds before the well ran dry.

"We didn't make the first round of funding. Nobody I know around here got any of that funding," said Aaron Peña, owner of the Squeezebox, a bar on San Antonio's St. Mary's Strip. "Looks like the big guys got there first."

AP warned that the numbers may represent the "tip of the iceberg," since new federal statistics show that 4,400 of the loans exceeded $5 million.

When asked about big companies dipping into the $349 billion program, President Donald Trump said the White House is prepared to look into whether the transactions were appropriate.

"We’ll look at individual things, and some people will have to return it if we think it’s inappropriate,” he said.

Macpherson said he supports the idea behind the PPP. However, the loans to large corporation suggests that it suffered from lack of oversight.

"You have to wonder about the ethics of people applying for money that they shouldn't be eligible for," he said.