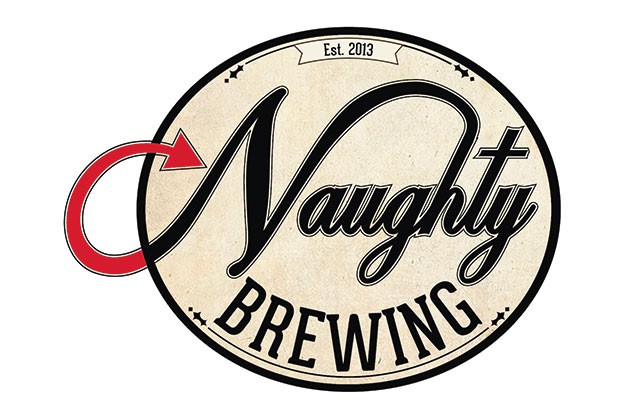 Not that long ago, a good friend in Houston introduced San Antonio native James Vaello to homebrewing. He instantly fell in love with the process, but Vaello could not have predicted that 10 years later his recipes would be commercially brewed and available to the public.

Vaello’s Naughty Brewing Co. should begin production of its sudsy creations mid-November with an expected release date of around Christmas. Vaello will start out with two regular brews: I Think She Hung the Moon, a saison with notes of spice, hibiscus and smoke; and Zijden Kousen, a Belgian-style IPA with notes of citrus, pine and a sweet malt backbone. Although these first two offerings are Belgian in nature, Vaello will later introduce a variety of other styles including Kentucky Streetwalker, an imperial vanilla porter aged in Four Roses bourbon barrels. Bottles will be available at various grocery and liquor stores in Austin, Houston and Dallas. In San Antonio, locals will be able to get Naughty bottles at area Spec’s, as well as Gabriel’s Superstore.

Despite brews like “Streetwalker” and “Zijden Kousen” (translation: silk stockings), Vaello insists that the name for Naughty Brewing is nothing but nice. He took a brief sabbatical from brewing and met his wife, Kathryn Vaello (now Vaello’s better half in business and in life) during that time. “I got Katie drinking craft soon after. First time I brewed, she took a sip and said ‘Oh honey, that’s naughty.’ It’s just kinda stuck,” said Vaello.

The risqué line has already garnered positive response at tastings at San Antonio’s Branchline Brewing Co., The Filling Station and Big Hops Growler Station, as well as in Austin at Adelbert’s Brewery. In fact, it’s at Adelbert’s that Naughty was born. While on a tour of the brewery back in May of this year, Vaello struck up conversation with Adelbert’s co-founder Scott Hovey and the two hit it off.

“I’d expressed my desire to Scott that I was looking to open my own place,” said Vaello. What resulted was Vaello licensing the image, name and recipes for Naughty Brewing to Adelbert’s, which will handle the production.

“My wife and I are thrilled to be able to get our ales out on the shelves,” said Vaello, who hopes to be able to break ground on his own production facility in San Antonio within the next year and a half. “We want to get a good sales history behind us first,” says Vaello, “then we’ll see where we’re at.”

Keep Naughty on your holiday list for the nicest brew fanatics in your life.