Boom Ups The Ante For Music (and Food) On Venerable St. Mary's Strip

by Matt Stieb and Jessica Elizarraras 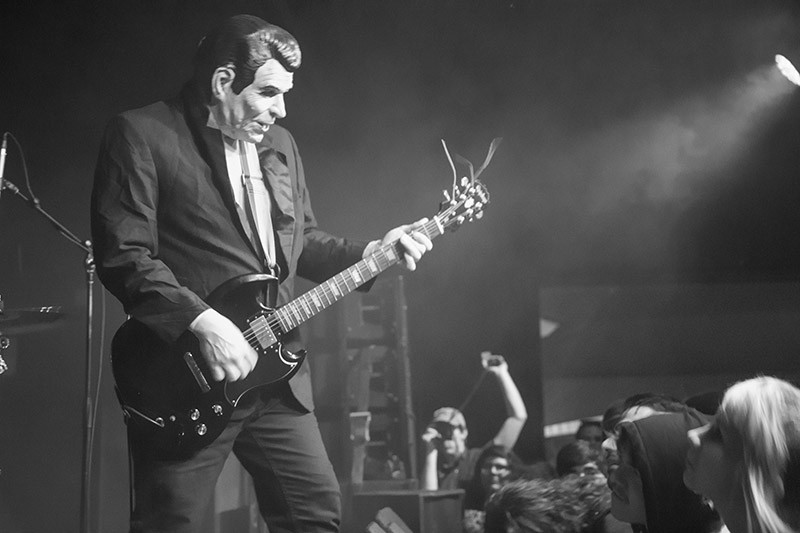 Go ahead and call it a comeback.

It remains to be seen how far the resurrection will go, but the venerable St. Mary's Strip is abuzz with new offerings — going way beyond the standard boozing and bar side flirtation fare.

The venue shuttered in December after 18 years in operation as the White Rabbit. It reopened last week as Paper Tiger, a rock 'n' roll nightclub with a clear vision of independent music and illustrious speakers.

The new venue, donning an orange-and-white façade, is but the latest addition to the historic nightlife area. It's actually the new crown jewel of a growing and beer-stinking collection of St. Mary's Strip gems. A revamped Limelight, the AMP Room, a new offering by Hi-Tones' Danny Delgado called Phantom Room and a medley of local restaurants will open in upcoming months.

To call it a revival of the Strip would be an insult to the rad work already at hand on SA's least touristy nightlife street. But quickly, all at once, San Antonio's best string of dives is becoming a place where formerly boarded-up joints now have new tenants and parking is a thing of the past. At 2410 North St. Mary's, Paper Tiger is the epicenter of the return of a vibrant mix of music and food choices on the Strip.

"The story is not one of strategy as much as me and Chad deciding to do more," said Charlie Biedenharn, who runs Empty Stomach restaurant group with Chad Carey. Their portfolio includes haute spots such as Bakery Lorraine, Hot Joy, Barbaro and The Monterey. For Paper Tiger, the duo teamed with musician Garrett Capps, Southwest School of Art professor Justin Boyd, booker Ryan Brummet and Austin's Transmission Events.

"We don't really sit around and stroke our beards and think about 'oh this would be a really strategic investment,'" said Carey. "When I opened The Monterey, I did it because I thought the vast majority of dining options were sort of lame and I wanted to do something different and interesting."

Oh yeah, and there's that thing about boosting the local music scene so people here don't feel they have to jump on I-35 North for an hour to catch good tunes.

"Acquiring the White Rabbit was sort of the same thing where me and Charlie and Justin Boyd were all fans of music, with disparate tastes," Carey noted. "Our opinion was, we got tired of going to Austin to see the bands we wanted to see." 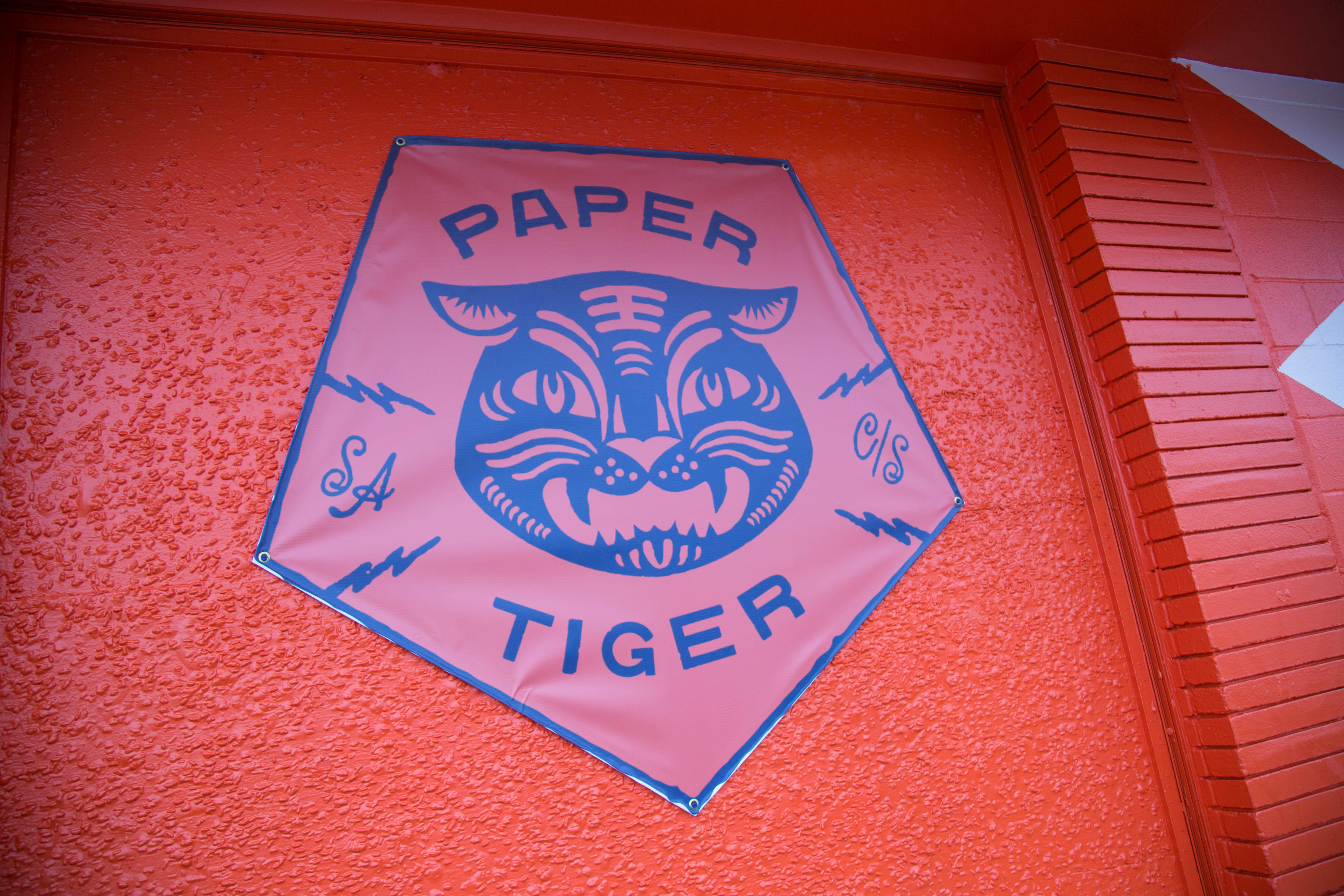 It all began in August 2014, when White Rabbit owners Rhonda Moore and Richard Sciaraffa sold the venue to Empty Stomach.

"Richard and Ronda had run it for a long time and they were tired," said Carey. "I had made overtures in the past ... in this case, the timing was just right."

Shortly after the announcement, Jennifer Holt of promo company Twin Productions sued the venue, claiming she was owed a 25 percent cut from the Rabbit's sale. Incensed that they didn't hear of the sale until after the fact, Twin Productions and fellow bookers Scoremore Shows bailed on the venue, moving their Rabbit-scheduled gigs to The Korova and Alamo City Music Hall.

Sounds like the makings of a nasty and bitter fight, but for now at least, the Paper Tiger seems to have been able to stay above the fray. Despite maintaining the adjective-animal formula for the venue's name, Carey and Biedenharn are moving towards a mature and more critically hyped schedule of music, away from the teen-core and solid hip-hop of the former venue. To do so, they've brought in Austin's Transmission Entertainment, the purveyors of Fun Fun Fun Fest.

"We had never been sure if we could book San Antonio 'cause we didn't know what venue to work with, what the market was like or how big the scene was," said Graham Williams, founder and talent booker for Transmission. "This seemed like a great way to do it. We have people there in San Antonio fully committed to help grow what is happening down there. And we could work with them on that as opposed to being someone from another city trying to do something in a city where we don't live, which always felt a little egregious to us."

Founded in 2006, Transmission established a name in Austin as one of the smartest booking companies in town, with impeccable planning and giving the world a bold new invention in 2012 — the taco cannon, a Tex-Mex Gatling gun debuted at Fun Fun Fun.

"It's going to turn everything upside down," said Ryan Brummet of DIY bookers Mondo Nation, in charge of Paper Tiger's smaller tours and local shows. "It's hard to imagine the impact it will have until we actually see it, but there's never been a booking company like this in SA."

Already, the spring lineup has a consistency of quality that's foreign to a venue of its size in SA. Between its opening and May, Paper Tiger will host NYC downtown legends Swans, party rockers Turquoise Jeep, soul strutter Lee Fields and Beefheartian pop star Ariel Pink.

Brummet, along with Justin Boyd and Garrett Capps, will pitch in to book local shows and provide a tastemaker's ear for choosing larger acts. For fans of Mondo Nation, Brummet's mag and show-throwing project, there's no need to say goodbye.

"Mondo Nation will still exist," said Brummet. "It's still based on environment and guerilla style."