Taste It: A Q&A with Comedian Nick Swardson 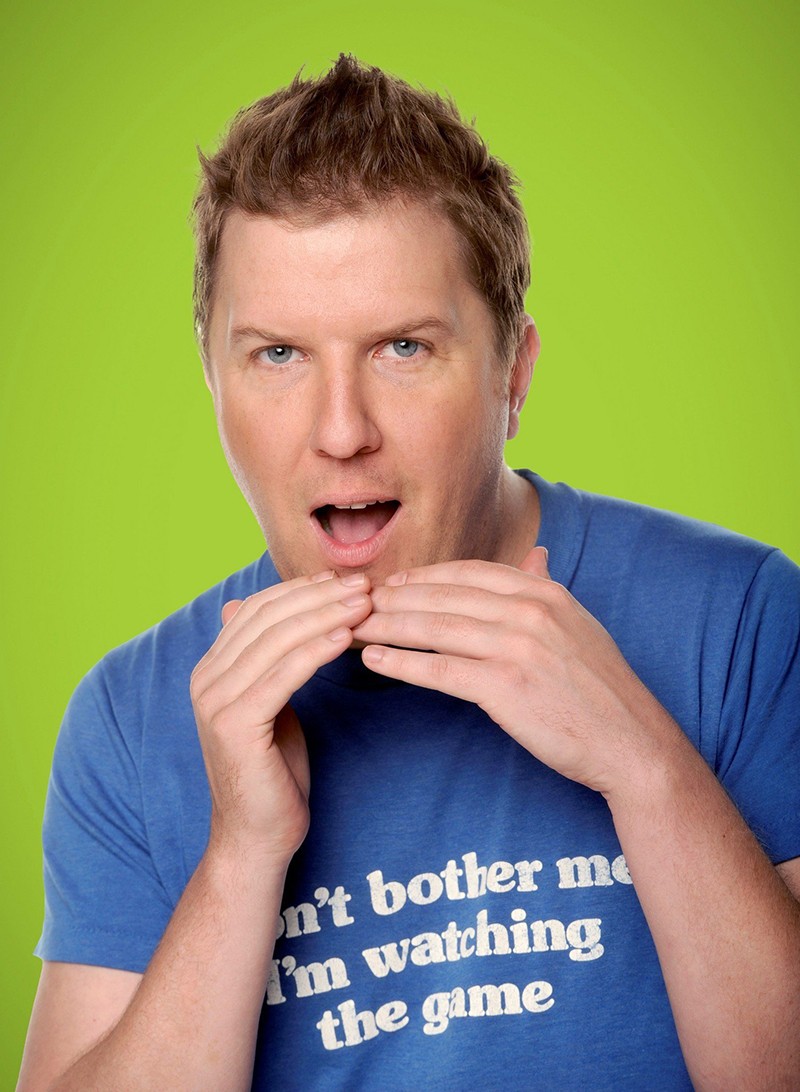 After 20 years of comedy, what is it about stand-up that keeps you coming back to it?

There's nothing like stand-up. Very few people can do it and I can think of a joke and tell it that night. Shooting a TV show or shooting a movie, I have to wait a year for it to come out. Doing something else outside of stand-up, other people have a say in it. You have network executives and producers. But with stand-up, it's just me and my own stupid brain. I can control every aspect of it.

What sort of material can we expect from the Taste It Tour?

Do you ever go back and watch your early stuff?

I really try not to do that. Nothing will bum me out more than being at home with the TV on and a movie I've done or a stand-up thing will come on and it's like, "Uhh. I immediately do not want to see that."

Does Twitter and the internet change the way you approach comedy?

One-hundred percent. It's a new outlet and a new voice. It also shows that not everybody can do comedy. It's a lot harder than people think. It's also opened up a lot of criticism. I'll post a tweet and somebody responds "Oh, that could be funnier." Well, whatever. It's a tweet. Comedy cop, go fuck yourself.

You write and star in several TV and film projects every year, how do you manage it all?

I don't know. I'm one of those people who always want to be doing something. I could never establish a concept of retiring, like when people retire and play golf everyday. I don't know how people could do that. I always want to be creating and thinking of stuff. I love that.

What was it like doing two seasons of your show, Nick Swardson's Pretend Time, on Comedy Central?

It was great. It was an amazing experience having my own show. And I love sketch comedy, it's a huge influence on me. But it was exhausting. Everything was on my shoulders. I was a producer. I was a writer, the star—it was a lot to undertake. It could have kept going but I didn't want to do it anymore.

The recording night for the Comedy Central special is coming up in Austin. With the cameras rolling, does the show feel any different?

For the new show I'm working out how the act goes and what goes where. By November, the act will be hopefully tighter and very fine-tuned. The tour is solid, but I'm working on the order. I also have to be careful of content. I swear a lot. My act is pretty filthy. So Comedy Central is sending somebody out to watch my act and make sure it can be recorded on actual television.

How do you know when you come across good material in your life?

I don't really sit and write, something will just happen. I put myself in crazy situations so I have a lot of true stories that are conducive to standup. I'm lucky enough to be a crazy magnet.

How did the recent video on Will Ferrell and Adam McKay’s Funny or Die site come about?

It was based on a massage I really got. It's hard for me to sit still so I was sitting in my own head, thinking 'what would be the worst case scenario for a massage?' And I thought: from a clown. So then I started laughing while I was getting a massage. I called my buddy [Nicholaus Goossen] who directed it and said 'I'm going to write a sketch, let's call Funny Or Die.' They're awesome, they've always been so nice to me. They were like, 'yea, done.' I wrote the script in half and hour and sent it to 'em.

As a screenwriter, how do you write funny?

To me, comedy always comes from a real place. I just watched Planes Trains & Automobiles the other day and John Hughes is so genius because it comes from a real place and the comedy comes out of that. Even if you watch Dumb and Dumber, critics are like 'dumb and dumber is a stupid, long fart joke,' but Dumb and Dumber is really great because it's grounded. There's a great scene with Jim Carrey, he has an emotional moment when he says, "I'm sick and tired of being nobody."