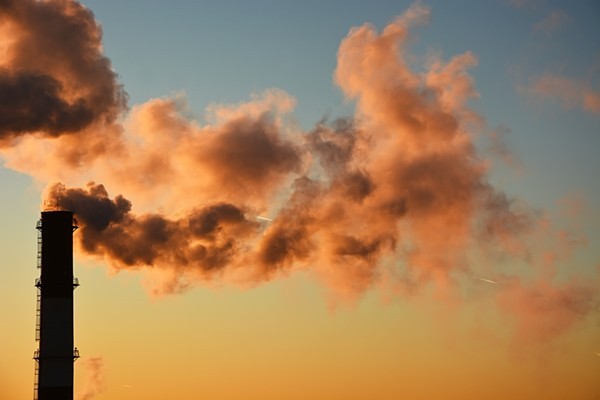 In the wake of the United States' withdrawal from the Paris Agreement on climate change, the mayors of Houston, Dallas, San Marcos and Austin have joined over 200 of their counterparts across the country in disavowing Trump's climate denial and in re-committing their cities to increased "efforts to cut greenhouse gas emissions, create a clean energy economy, and stand for environmental justice." The Houston Chronicle could boast that their city, "the largest municipal purchaser of green power, has pledged to cut emissions 80 percent by 2050." Considering that we contribute far more carbon pollution than any other state, it behooves all Texas leaders to forthrightly address the most important challenge of our time. (Be sure to read those EPA reports, by the way, before the current administration tosses them down the memory hole.)

So where was Texas' second largest city on this? Out to lunch. In communication with the Express-News, Mayor Ivy Taylor "did not say whether she agreed with Trump's decision", and when asked about signing the Climate Mayors' pledge during their debate on Texas Public Radio, neither Taylor nor her rival in the June 10th runoff, Councilmember Ron Nirenberg, would commit. "This is not about a signature on a piece of paper," Nirenberg added somewhat dismissively. Both candidates pivoted to their respective records on sustainable energy and environmental stewardship while adroitly avoiding even uttering the words 'climate change.' (*See update at the end of this post for added comments from Nirenberg.)

By contrast, House Representative for the 20th District, Joaquin Castro, issued a refreshingly candid statement that called out "an abandonment of U.S. global leadership," further mentioning that "the United States joins Syria and Nicaragua as one of only three nations not to participate." Simply put, we look provincial, both as a nation and as a city. That this has yet to become a significant campaign issue in the mayoral race is disheartening - a lack of leadership that shirks our responsibility to future generations and hurts our prestige in the world. Signatures matter, especially when the president has appended his to the planet's death warrant.

When leaders fail to show up, the people must. Apropos, a rally will take place on Wednesday involving "a coalition of environmental, labor, indigenous, and human rights groups" who will "insist San Antonio's mayor stand for the agreement."

We might cynically infer that some politicians have calculated it's not worthwhile to pay the political price for telling their voters and donors what many don't want to hear: that global temperatures are rising, that human activity is causing it, that the consequences will be dire, potentially threatening our long-term survival prospects as a civilization. Something about those facts, about which there's an unimpeachable scientific consensus, can, understandably, cause cognitive dissonance. We're in awe of how big the globe is and can't imagine that lowly apes like us could have such an eon-defining impact. (In fact, we wouldn't be the first species to precipitate an extinction-level event: cyanobacteria beat us by 2.5 billion years, turning the Earth into a giant snowball.) We can visualize an asteroid plowing through the atmosphere, or a hole in the ozone layer, but being done in by a colorless odorless gas that has fueled so much of our prosperity is difficult to fathom. We go outside, listen to the birds chirp, soak up the marvelous South Texas sunsets, and ask ourselves, 'How could all this not still be here in 100 years?'

And yet right now there's a Pacific Islander who'll be the last of their generation to look at a sunset from land soon-to-be under water. Climate change turns up the thermostat on all our psychological flaws and societal injustices: arrogant ignorance, unchecked greed, wasteful consumption, and a willingness to let the most vulnerable among us bear the brunt of the coming storm surges, floods, tropical diseases, wildfires, heat waves, droughts. Standard cost-benefit analysis can't seem to process the enormity of the looming catastrophe, nor does obsessing over your personal 'carbon footprint' accomplish much. "We must abandon the conceit that individual, isolated, private actions are the answer," Al Gore declared during his Nobel Peace Prize acceptance speech. "They can and do help, but they will not take us far enough without collective action." Whether Gore puts solar panels on his mansion does not make Earth one degree cooler, to counter a tired FoxNews talking-point. Another zombified piece of reasoning suggests blaming China and India, despite their unprecedented commitments and the fact that the United States and Europe still consume vastly more carbon per head.

To criticize the Paris Agreement for not doing enough should only compel us to do more, as even its staunchest supporters acknowledge that it's only the first step. Sadly, it's not a step San Antonio's mayor appears to be willing to take.

*Update 5:45 pm: After this column ran, Nirenberg sent the Current this prepared statement:


“For the sake of our economy, our environment and public health, the United States should stay an active participant in the Paris accords. But no matter the politics in Washington, as Mayor, I am committed to working with cities across Texas and the country to ensure San Antonio implements the sustainability, resiliency, and climate preparedness policies I have championed.”


In a phone conversation, when again asked specifically about the pledge mayors across the country have signed in light of Trump's action on the Paris accords, Nirenberg said, "I do support the mayors climate agreement. I think we should be part of that." His office also sent over a National League of Cities climate pledge he signed onto earlier this year.
—

Kevin Sanchez is a disc jockey, singer (At War With Dust), and lifelong socialist who sometimes writes political columns for the Current.