Ted Cruz says leaked texts about his Cancun trip show how 'nasty' politics has become. Cry us a river. 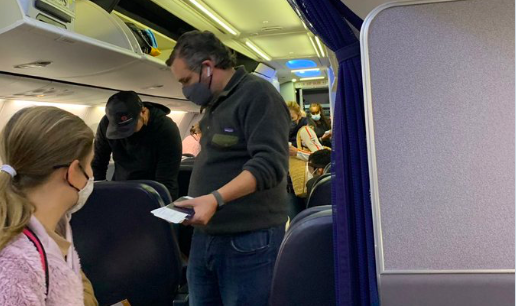 After a rare — if not entirely convincing — moment of contrition for taking a tropical vacay while his constituents shivered through a days-long ice storm without electricity, Sen. Ted Cruz is back to playing the shift-the-blame game.

In comments to a political podcast this week, the Texas Republican said his wife Heidi was "pretty pissed" that someone leaked her texts about the planning of the family's ill-timed trip to Cancún, Mexico. The senator also told the Ruthless podcast that the leak was "a sign of how ridiculously politicized and nasty" the current climate in Washington has gotten.

Of course, the texts to which he was referring were those obtained by the New York Times which showed Heidi Cruz trying to round up friends for a south-of-the-border jaunt to escape their "FREEZING" family home.

"Anyone can or want to leave for the week?" she asked, throwing in that balmy Cancún was la Familia Cruz's likely destination.

“It's a sign of how ridiculously politicized and nasty and just ... Here’s a suggestion, just don’t be assholes. Just treat each other as human beings.” pic.twitter.com/ANtsOFmkfu

"You know, here’s a suggestion: Just don’t be assholes," Cruz told Ruthless. "Just treat each other as human beings. Have some degree, some modicum of respect."

Of course, this plea is coming from the same guy who weeks earlier gave a speech urging his colleagues to reject President Joe Biden's legitimate election victory. And the guy who regularly uses his Twitter account to engage in acid-tongued verbal throwdowns with politicos, celebrities and anyone who strikes his fancy.

And the guy whose constant grandstanding and ruthless partisanship has made him "landslide winner for the title of the least sympathetic politician in America" — at least in the New York Times' recent assessment.

Here's something to reflect on, Ted: Sometimes when it looks like everyone else is an asshole, the real asshole may be you.