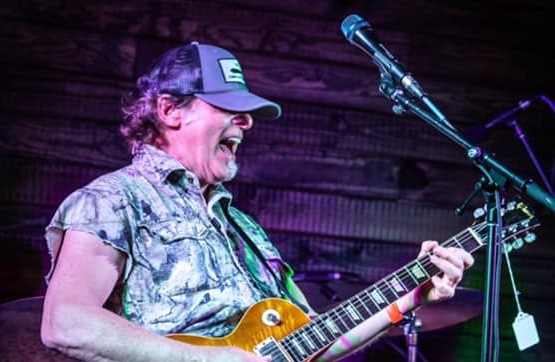 Mid-level state fair draw Ted Nugent has one again opined on political matters. And without much surprise, the racist cartoon some rock fans would prefer to remember as the "Motor City Madman" was once again talking pure shit.

During an April 12 appearance at Seed to Table grocery in Naples, Florida, the '70s relic doubled down on the thoroughly debunked claim that left-wing loonies, not Trump supporters, were responsible for the January 6 Capitol insurrection that left five people dead.

"[J]anuary 6 were not Trump supporters," Nugent said, according to a transcript shared by the metal site Blabbermouth. "That was BLM [Black Lives Matter] and Antifa wearing Trump shirts."

During his grocery store get-down, the right-wing rocker also retreaded erroneous claims that the 2020 election was stolen. President Joe Biden, he added, was both "a Marxist" and "pure evil."

"Joe Biden didn't win. Not only did he not win literally, he didn't even win figuratively," Nugent said, according to the Blabbermouth transcript. "He didn't win in any shape or form. Pansy Republicans didn't fight hard enough. The election was stolen. I saw the footage. I heard the testimony. Joe Biden couldn't win a kennel shit-shoveling contest against an armless man. The guy is searching for syllables, and even when he finds 'em, they're stupid."

Of course, over-the-top pronouncements and conspiracy theories are all part of the Nugent brand these days. Amid last summer's deadly COVID-19 surge, he asserted that doctors and an alphabet soup of government agencies were part of a vast scheme to inflate death and hospitalization numbers.

"They claim that the ICU units are overcrowded. Bullshit,” the Nuge said on author David J. Harris Jr.'s right-wing podcast.

Clearly, this bucktoothed turd long ago recognized that running his mouth is easier than recording a decent album. After all, how else is he going to keep his career running on fumes?