Tejano Station KXTN No Longer Available on 107.5 FM – and San Antonians Are Pissed 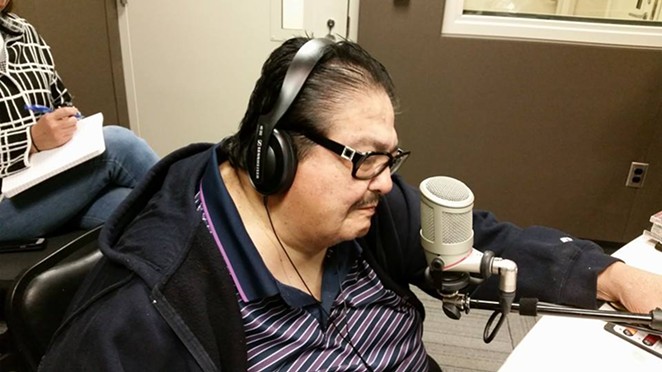 San Antonians can no longer get their Tejano fix on 107.5 FM.

Instead, fans will have to turn to 107.5 FM HD2 or 1350 AM to support KXTN, the homegrown station long associated with the puro genre. The programming change comes after 30 years of playing Tejano hits from the likes of Selena, Emilio Navaira and Grupo Mazz.

At 107.5, listeners will now hear Vibe 107.5, which spins pop, hip-hop and R&B from the '80s and '90s. Meaning, basically, SA now has yet another station specializing in "hot adult rhythmic contemporary."

"We are excited to launch a brand-new format that reflects the distinct musical tastes of our community here in San Antonio — one of the most diverse in the nation," Chris Morris, vice president and general manager of Univision San Antonio — the station's owner — told the Express-News. "By reformatting and optimizing our audio portfolio, we're able to better serve our audience and give them more of the content they love."

While KXTN will still be available on FM HD2 and AM radio as well as online and on the Uforia app, social media posts suggest plenty of listeners will miss tuning in via their FM dial.

Where are the chanclas? Someone needs to give Univision Radio a pao pao for moving KXTN over to AM.

Let me just say that #KXTN no longer being a #Tejano station and is now a top 40 station is fucking lame. San Antonio has like 6 radio stations that all play the same shit.

WTF?!?!! Like we need another r&b hip hop station in this town. We’re tejano capital of the world. 30 years kxtn just thrown

How am I supposed to to get through Fiesta without KXTN?? 😭

I’m really upset that KXTN is gone. I’d still listen to it often. It was always playing the soundtrack of my childhood. 😭💔 #SanAntonio #KXTN

There’s some great borderland/Latinx-inspired/Mexican regional, music that could’ve been added to #KXTN ‘s format to open it up to a new generation. Instead they played the same old stuff (that we loved). It aged with its audience. Now it’s dying and we’re gasping for airtime.

WHO GOT RID OF KXTN!? I JUST WANNA TALK 🤬

I've listened to kxtn since as far back as I can remember. I remember my mom always having it on in the morning when she would take me to school. I remember looking forward to hearing 'Johnny Ramirez in the morninggg" and the little traffic jingle.

One Twitter user even tweeted a petition to bring back KXTN.

Also, a reminder I made a petition to get KXTN Tejano & Proud back on 107.5 b/c I honestly feel like a part of me has died when I switch my radio station and don't hear Bobby Pulido or Ram Herrera or David Lee!!! https://t.co/tnXnZht4Bo