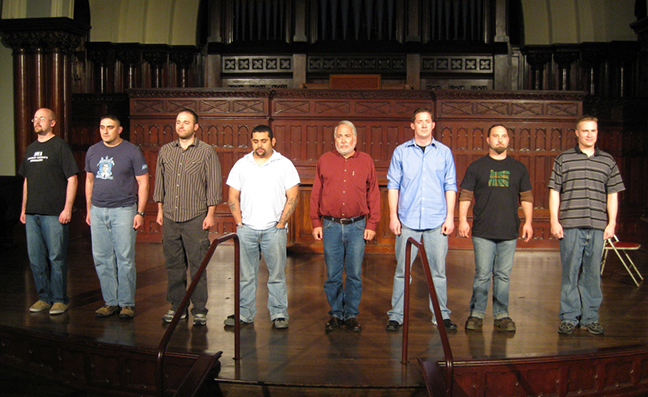 As the number of Americans joining the military has plummeted in the last decade, so too has our understanding of war. We’ve lost touch with the harsh realities of combat and its effect on our soldiers. What we do know we glean largely from corporate-run news affiliates who often lead with their own interests and paint an abstract image of life for our military in other countries.

The Telling Project is a non-profit organization that brings first person accounts of military veterans and their families to the stage, fostering person-to-person contact in the community. They believe this contact “deepens the connections of the community to its veterans, itself and its place in the nation and world.” As well as educating and fostering a greater connection, it also gives these veterans a chance to honor the memories of the men and women who served along with them.

KLRN and the Veteran Artist Program have teamed up to bring this inspiring show to the Tobin Center for the Performing Arts September 30–October 5. Veterans with stories are encouraged to share them May 7-10 at the KLRN Studios, where they will be recorded (to schedule an interview, visit klrn.org/veterans). With the help of playwright Jon Wei, selected veterans will receive training and several of their stories will become part of the three-act play Telling: San Antonio.

Don’t miss your opportunity to connect with these heroes as they share their stories of triumph and tragedy.