Ten Shows to See This Week

These ethereal pysch rockers will float into San Antonio for an early evening Labor Day show at K23. Exotic, warm and laid back, the five-piece band has a knack for crafting a lovely slacker sound. This go around, they'll be supporting a new album that debuted August 26 via Stones ThrowRecords named after the leading single, Skiptracking. Speaking of which, don't skip this. With TeleNovella and Sunjammer. $8, 4:30pm, 702 Fredericksburg Rd

The Échale Latino Music Estyles festival swings into action on Labor Day as one of the most fun, family-friendly, and special events going on in San Antonio this year. Craft beers, delectable bites from Pearl restaurants, and live art installations will also be featured at this must-see event. With Money Chicha, Manolo Black, El Tule, & More. Free, 12pm, Pearl Brewery, 303 Pearl Pkwy

Striking it big time with their 1982 hit Hungry Like the Wolf off their critically acclaimed album, Rio, English new-wavers, Duran Duran, are arguably one of the most recognized, famous, and respected bands of the 1980s who will share their repertoire of songs for a San Antonio audience not once, but twice, during the course of this week at the Tobin Center. And while it's these classic numbers that many in the audience might remember or enjoy the best, fans and attendees alike can bank on a steady supply of some favorite deep cuts, such as The Chauffeur, in addition to songs from their new album, Paper Gods. $70-$225, 7:30pm, the Tobin Center, 100 Auditorium Cir, (210) 223-8624

Making music out of his home in Tuscon, Arizona since 1990, Bob Log III’s drums with his feet, screams through a telephone microphone rigged to his air force pilot helmet, and simultaneously wields his slide across the fretboard of his six-string as if Hasil Adkins himself had been returned back to Earth by the aliens. The collective result is a one heck of a raw, powerful, and lovably goofy rock-and-roll spectacle. $8, All Ages, at Paper Tiger, 2410 N St Mary's, papertigersa.com.

Crafting an eclectic mix of arrangements ranging from the airy and ethereal to jazzy house numbers, Floating Points is the project of English musician Sam Shepherd who has been creating beautifully intoxicating music since 2008. This five-piece band will be performing songs from his 2015 album, Elaenia, as well as other numbers. $15, All Ages, at Paper Tiger, 2410 N St Mary's, papertigersa.com. 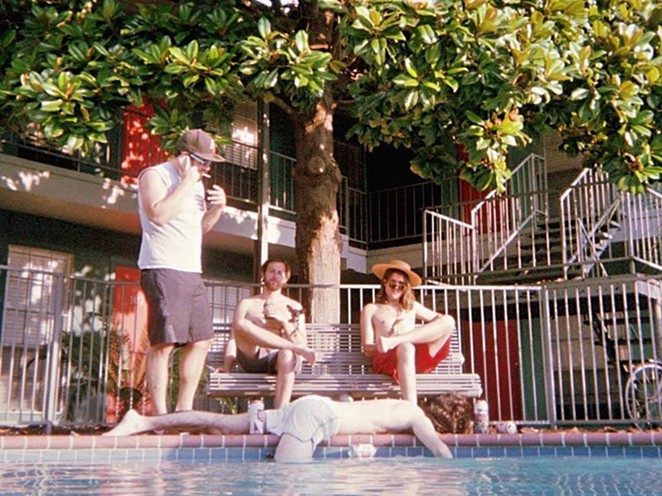 Not just another rock and roll band from Austin rocking out at iconic venues like Hotel Vegas and Beerland alone, Delicate Boys are, in their own words, “Available for birthdays, and will bring clown”. And that seems just about right, to be honest. For, even at just a few months old and one two-track digital single under their belt—  these fellows are already crafting some of the newest and exciting garage jams currently coming from the 512.True their word, they also have quite the rowdily rough and tumble live set to boot, clown or no clown in tow. With Sad Diet and Berlin Dream. $5, All Ages, 8pm, Imagine Books & Records 8373 Culebra Rd.

Celebrating the designation of San Antonio Missions as World Heritage Site by UNESCO, the Mission Pachanga Festival seeks to rally the city together by pairing a number of awesome community organizations with food vendors and a diverse roster of local music talents. With Nina Diaz, Femina-X, Volcán, and more. Free, All Ages, 3:30pm, at Mission County Park, 6030 Padre Dr

Beginning his recording experiments as a teenager around 2007 in California, Avigdor Zahner-Isenberg’s music eventually caught the attention of major independent label, Sub Pop Records, who inked him to a deal for the release of the band’s first self-titled album. The album, and the track What’s It In For, gained immediate traction among the blogosphere while garnering a significant amount of praise from national press outlets for its beautifully executed meld of instrumentation, lyrical compositions, pop elements, folk, and Americana. Although disbanding for a time, they’re now back at it.  $5, 18+, 9pm, at Limelight, 2718 N St Marys, thelimelightsa.com 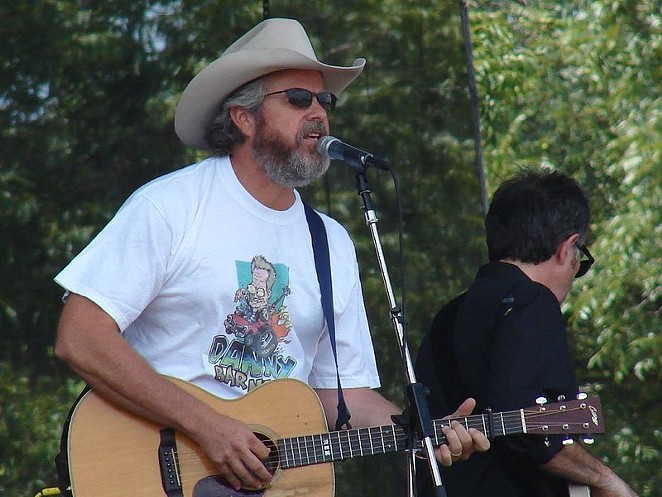 Legendary Texas-songwriter and Hill Country loving sun of a gun, Robert Earl Keen, will be dropping by Helotes just outside of the San Antonio city limits at the Floore's Country Store as his band will be sure to launch into a wide range of their absolutely stellar country and bluegrass numbers. $25-$30, 18+, 8pm, 14492 Old Bandera Rd, (210) 695-8827

Supporting a brand new album Strange Little Birds, debuted this past June, Garbage will be taking the stage at the star-adorned Majestic Theatre to rock their newest songs along with a string of popular selections from their mid-90s and early 2000s run that catapulted them to critical acclaim. $69-$262, 8pm, at Majestic Theatre, 224 E Houston St, (210) 226-5700