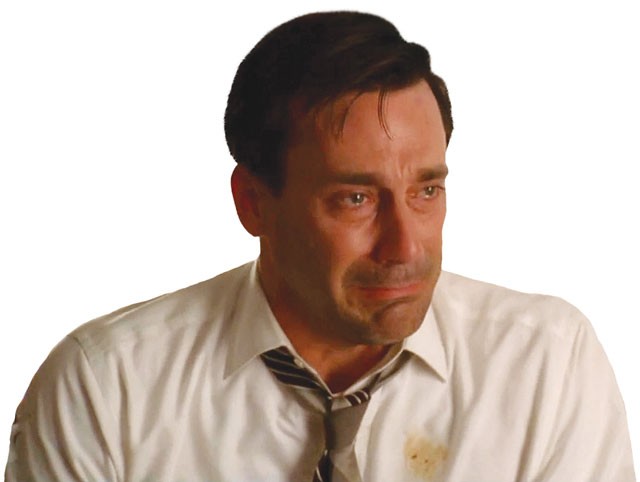 The long-awaited fifth season of Mad Men — Sunday-night destination TV, Emmy magnet, and masterpiece of faux-nostalgic melancholy — has been postponed.

Show creator Matthew Weiner’s well-documented battles with his writing staff, Lionsgate producers, and AMC network execs led Season 5 negotiations up to the precipice. The delay means fans will have to wait until March 2012 for their next fix, instead of the late-July/early-August premiere of the previous four seasons. Until then, we’ve devised a list of substitutes. Break out the chips ’n’ dip; it’s going to be a long seven months.

NBC still hasn’t set a start date for The Playboy Club, newbie creator Chad Hodge’s imagining of the magazine’s swinging heyday, but the show is already having predictable affiliate trouble (too racy for Iowa!), and its cast, devoid of any genuine stars (as Mad Men was, at first) could be a disadvantage in the kill-or-be-killed prime-time climate. ABC’s Pan Am, on the other hand, has everything going for it: a movie star (Christina Ricci) as its lead and a gleaming crew of Emmy-hoarders behind the camera.

Curvy, stiletto-heeled Elizabeth Taylor stars as the lust object of married Manhattanite Laurence Harvey in Butterfield 8. If you prefer the existential despair of Don Draper over Joan and her silver-haired fox, check out Gregory Peck in The Man in the Gray Flannel Suit. Of course, no ’60s New York marathon is complete without Billy Wilder’s The Apartment, and you can also cue up 1963’s Bye Bye Birdie, starring Ann-Margret as the girl that Sterling Cooper just couldn’t quite copy for a failed Pepsi campaign.

New York Public Library’s Battery Park branch has created a continually updated and meticulously sourced Mad Men Reading List (nypl.org/blog/2010/09/13/mad-men-reading-list) for your pleasure. Every book mentioned in an episode is included in this treasure trove of literary backup.

This December, The Unofficial Mad Men Cookbook is scheduled to drop: Judy Gelman and Peter Zheutlin promise a tour through the kitchens and restaurants of the 1960s, “with every detail true to the period and themes of the show.” Peg Bracken’s I Hate to Cook Book was published in 1960, and Julia Child’s landmark Mastering the Art of French Cooking came out in 1961. The perfect Christmas gift from the secretaries of Don Draper, Lane Pryce, and all the other suddenly superfluous ’60s husbands? A copy of Wolf in Chef’s Clothing, Robert Loeb’s male corollary to Bracken’s book.

Perhaps the most detailed (and borderline stalker-y) of the thousands of MM fan sites is Basket of Kisses (lippsisters.com). Should this level of fangirl mania wear you out, Slate’s Mad Men TV Club is similarly obsessive, but with a more historical-scholarly bent. If you just want a good laugh, check out Pete Campbell’s Bitchface or any of the hundreds of other Tumblr sites devoted to Mad Men GIF-wizardry.

What do Sterling Cooper’s young guns do to bide their time between backstabbings? They slap on a fedora and head to Los Angeles to solve some crimes, of course. L.A. Noire is a MotionScan mood piece following haunted detective Cole Phelps as he rises through the PD ranks, nailing mobsters and drug dealers while surrounded by movie stars and femme fatales. Available for both PlayStation and Xbox.

Of course, nothing satisfies like the real thing. Netflix announced at the end of July that they’d reached a deal with Lionsgate to make all four seasons available for streaming, thereby killing two bitter pills with one swallow. Netflix members incensed at the recent 56-percent rate increase may be soothed by yet another cultural phenom show making itself completely accessible instead of sticking with the DVD-by-mail model most are wedded to; it also makes Netflix appear to be a player worth sticking by. That’s 52 sweet, moody hours to dole out to yourself or wallow in for the next … seven … months. Ouch. •