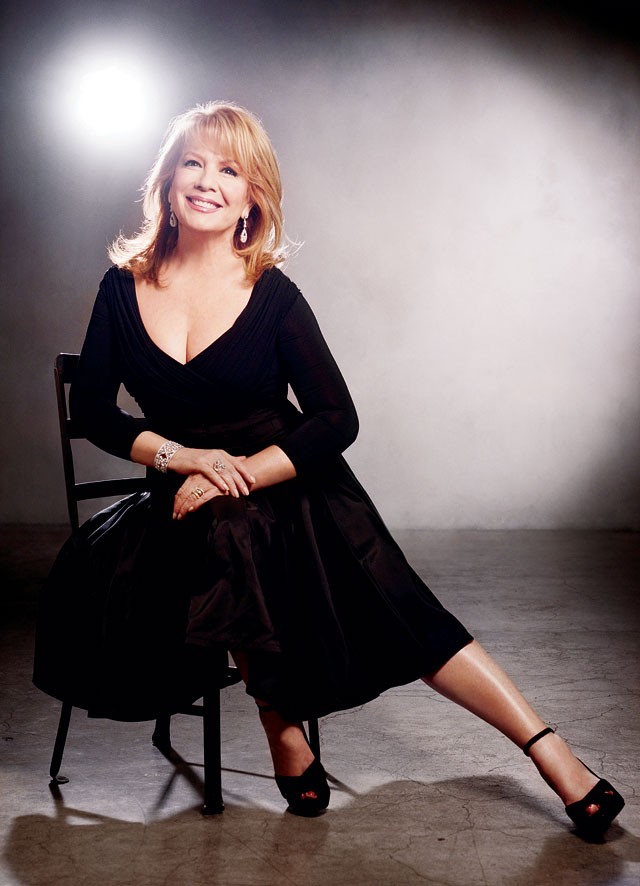 "It's [Mitt] Romney for me," Vikki Carr (still looking and sounding great at 72) told the Current towards the end of our conversation about Viva la Vida, her first album since The Vikki Carr Christmas Album in 2001.

How did we end up there? How do you go from discussing a ranchera album co-produced by José Hernández (leader of Mariachi Sol de México, America's top mariachi) to a debate on who's the best presidential option for Latinos in the U.S.?

Here's how — but first things first. Carr's return to the music scene and her decision to speak her mind candidly without any concern about alienating fans (a rare trait, especially in the Latin pop market) is significant on more than one level. First, she basically financed the album herself and it took her husband's encouragement — and three years of her own steadfast devotion to the project — to convince anyone to release it. "After having so much success, it was difficult not having a label interested in you for so many years," said Carr, who lives in SA. "So I decided to invest in myself."

The new album shows that Carr's vocal chops (proven since the '60s, long before she started singing in Spanish) are intact. Once she finished the album, she took it one last time to Sony, her heyday home, to persuade them to release it. That did it.

"When they heard it, they flipped," Carr said. "Initially this is a distribution deal to them, but we're already talking about other projects in the future." The album is a mix of originals written for her and classics that hadn't been recorded in decades.

"Viva la Vida [can be translated as] 'live life,' and it's also kind of geared more toward the Mexican people and all of the horrible problems and situations that they are in right now," she said. "It's pretty frightening what has happened and what is happening to them."

I immediately thought of November, but I hesitated for a second. Did I really want to argue politics with Vikki Carr? "You can ask me about the election now," she said, as if reading my mind. "I don't mind. It's Romney for me."

For a few minutes we went on in a friendly toe-to-toe on the usual Obama vs. Romney arguments, mainly focusing on who would be the best option for Latinos. She came out swinging.

"How many people has [Obama] already deported?" she said. Boom! I was groggy, but at the count of nine I rose from the canvas after she blamed the war for whatever screw-ups George W. Bush may have had. I reminded her that, true, the country had been attacked, but W's government had ignored clear signs of an imminent attack.

"Who said that? Where is the proof?" she asked. The proof is all over the internet, with Condoleeza Rice telling Congress she knew about a memo titled "Bin Laden determined to attack inside the United States" and not recalling whether she ever told the President, then blaming the FBI for everything. After all, she was only the National Security Advisor.

"Hindsight is great. Who would have believed that this was going to happen?" She went on explaining her support for Mitt, but we had to stop somewhere. I put an end to it thanking her for standing up for her beliefs and for being real, unlike many of her colleagues.

"I have to, hon," she said. "A lot of people would say, 'Don't say anything. Think about your career.' … A lot of things that I've believed in, I have fought for."

Thanks, Vikki. I still love you.

"I love you too," she said. "And I'm glad this was a nice heated discussion and debate. I liked it."