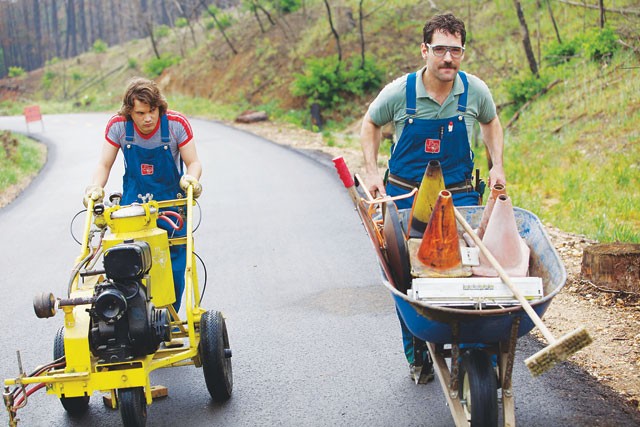 This is finally Texas' year at Sundance Film Festival. On January 17-27, filmmakers from across the country will come together in Park City, Utah, to bring their film to market and pray for distribution, a scandal, or any other form of miracle. Despite a growing film industry in the state (in part due to favorable tax breaks for production companies), Texas has typically not presented as many homegrown talents as California and New York. But this year, that's all changing.

As the reigning North American film festival, Sundance Film Festival represents the edgy, the mainstream, and everything in between. A glance at the schedule will prepare you for all of the most talked-about films to arrive in 2013.

Below is a comprehensive list of every film in the festival directed by a director who identifies as Texan (even if they were born in Wisconsin), and the films using Texas as a setting or plot element.

El Mariachi (1993)
Dir. Robert Rodriguez
Each year, the Sundance Institute selects one film from the Sundance Collection archived at UCLA to present alongside the premieres and competition films. This year, that distinction was awarded to Robert Rodriguez's 1993 debut film, El Mariachi. Just 24 years old when he directed this first feature, San Antonio native Rodriguez filmed a classic for just $7,000. The tale of mistaken identity, set against the backdrop of Ciudad Acoma, Mexico, swept the 1993 festival, taking home the dramatic competition award and setting Rodriguez's early career into motion.

Before Midnight
Dir. Richard Linklater
Already named as one of IndieWire's most anticipated releases of 2012, Before Midnight is the third installment in Richard Linklater's series based around two star-crossed lovers who continue to meet in fateful ways throughout their lives. Although this picture is set in Greece, Houston-born, Austin-based Linklater's canon of seminal Texas films like Slacker, Dazed & Confused, and Bernie make him 100 percent Lone Star.

Computer Chess
Dir. Andrew Bujalski
Texas filmmaker Andrew Bujalski received the largest single grant from the Austin Film Society through its Texas Filmmakers Production Fund in 2011 to produce this film about the early days of computing. Set in 1980, this funny period piece about the early days of technology is really about people and how we connect to one another.

A Teacher
Dir. Hannah Fidell
Brooklyn-based director and writer Hannah Fidell chose a sleepy suburban high school in Texas as the backdrop of her tale about a young female teacher's reckless affair with a teenage student, culminating in a disastrous turn of events from which she cannot seem to escape.

Ain't Them Bodies Saints
Dir. David Lowery
Starring Rooney Mara and Casey Affleck, this epic drama is not only directed by a Texas filmmaker, but the plot revolves around the austere setting of the Texas hills as a man escapes imprisonment to find the wife and child he left behind. Director David Lowery moved to Texas from Wisconsin at age 8, and never left.

Pit Stop
Dir. Yen Tan
A glimpse into the secretive lives of two men drawn together by a yearning for romance in spite of the dreary realities of their working class existences. Originally from Malaysia, director Yen Tan recently relocated from Dallas to Austin, where he received an AFS Texas Filmmaker Production Fund grant for $7,000 to complete work on this feature.

Read all of Natalia Ciolko's Sundance 2013 updates at EL Cine blog on blogs.sacurrent.com. You can also follow her at @nataliaciolko on Twitter.