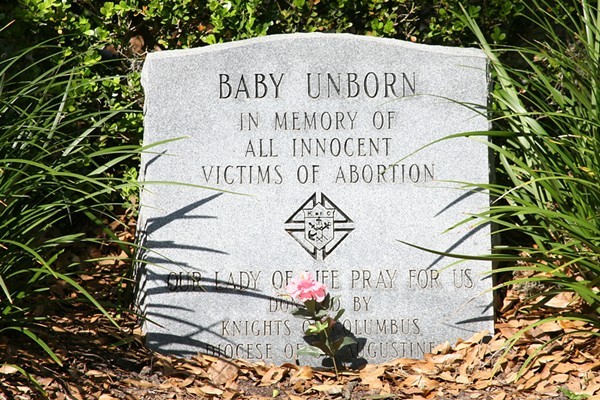 Beginning December 19, every Texas abortion provider will be required to bury or cremate all aborted fetal tissue at any state of gestation. This decision, made Monday by the Texas Department of State Health Services, comes after nearly a year of vocal opposition from women’s health advocates and medical professionals across the state.


The state held two hearings on this rule, asking for the public’s input and feedback on the proposed rule. Both were packed with people demanding answers about the rule’s vague mandate, hoping a final draft would clarify the gray areas. Would an embryo the size of a quarter need a death certificate? Where would it be buried? Who would cover the costs? What about miscarriages?


Those questions, however, remain generally unanswered in the rule’s official text.


“The state agency has once again ignored the concerns of the medical community and thousands of Texans by playing politics with people’s private healthcare decisions," wrote NARAL Pro-Choice Texas Director Heather Busby in her response.

The original rule proposed that abortion providers – and, perhaps, women who have abortions themselves – bury or cremate aborted fetal tissue. That was all.


Months, and a towering stack of public comments later, health officials unveiled a nearly unchanged law. Critical questions – do these new requirements apply to miscarriages or abortions that take place at home?; will they require that birth or death certificates to be filed? – remained unanswered.


Without a birth certificate, the fetal tissue would not be considered a living human being. But that’s the very reason Gov. Greg Abbott suggested this “Life Initiative” rule exist the first place — to save babies' lives. It's the leading argument fellow state Republicans have used to support the rule.


“For far too long, Texas has allowed the most innocent among us to be thrown out with the daily waste,” said state Sen. Don Huffines (R-Dallas) at the first hearing on the proposed rule in August, according to the Austin American-Statesman. “Life begins at conception.”


Earlier, the state said this new rule would bring no additional costs to abortion providers, because one Austin man had volunteered to bury the remains at his funeral home. But he told the Current he definitely wouldn't be able to take every aborted fetus in the state.


Texas is the second state to endorse a fetal burial law. In early 2016, Indiana Gov. Mike Pence (now Vice President-elect) proudly signed a bill nearly identical to Texas’. But in June, a federal judge blocked the law from going into effect, ruling that it violated a woman’s Constitutional right to privacy in deciding to have an abortion.


Texas’ new rule could face a similar fate if a lawsuit is filed against it, something the Center for Reproductive Rights may have in store. In August, CRR lawyers sent a letter to the state saying the rule "will almost certainly trigger costly litigation."


“These new restrictions reveal the callous indifference that Texas politicians have toward women,” said David Brown, Senior Staff Attorney at the CRR.


“Forcing a woman to pay for a burial after she ends a pregnancy or experiences a miscarriage is not just absurd — it is an unnecessary burden and an intrusion on her personal beliefs."