Texas AG Rushes to ExxonMobil's Side in Climate Change Probe 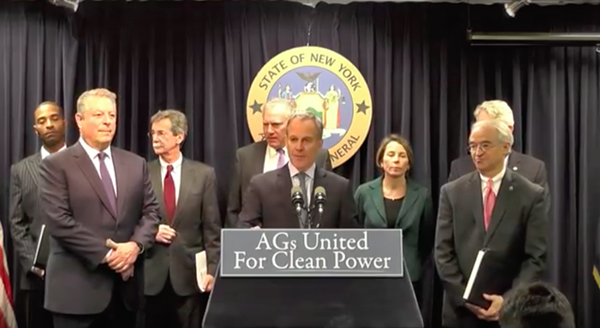 In a press release, AG Ken Paxton claims Virgin Islands' AG Claude Earl Walker is seeking more than four decades worth of Exxon records through a subpoena. Walker believes Exxon has violated civil racketeering laws by misrepresenting how its products and activities have contributed to climate change. Walker is seeking records related to climate change from 1997 to 2007, according to the subpoena, though the document stipulates that if relevant documents exist prior to that time period, Walker wants those, too.

Paxton believes Walker, who is part of the AGs United For Clean Power coalition, is abusing his subpoena powers to stifle Exxon's First Amendment rights.

“This case is about abusing the power of the subpoena to force Exxon to turn over many decades’ worth of records, so an attorney general with an agenda can pore over them in hopes of finding something incriminating,” Paxton says in a statement. “It’s a fishing expedition of the worst kind, and represents an effort to punish Exxon for daring to hold an opinion on climate change that differs from that of radical environmentalists.”

Exxon is trying to stop the subpoena through a Texas court, prompting Paxton to file a motion seeking to intervene in the case.

AGs United For Clean Power joins a larger coalition of 25 states, cities and counties that works "together on key climate change-related initiatives, such as ongoing and potential investigations into whether fossil fuel companies misled investors and the public on the impact of climate change on their businesses."