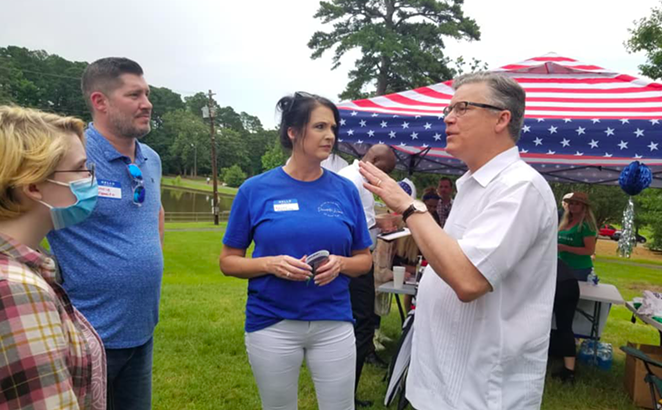 At least one candidate for Texas Attorney General is eager to make marijuana legalization a key part of what's shaping up to be one the most hotly contested statewide races.

Democrat Joe Jaworski, a former Galveston mayor and the grandson of Watergate special prosecutor Leon Jaworski, told the Corpus Christi Caller Times on Saturday that legalizing recreational use of cannabis is one of his four top priorities.

"[L]egalizing recreational use cannabis will usher in long overdue social and criminal justice reform," said Jaworski, who announced plans to run last summer. "When we remove this wasteful petty prosecution from the books, not only will we prevent young adults from having their productivity decimated by putting them in private prisons for possessing a flower, but more importantly, we will fund the police."

Paxton, a Republican, recently landed the endorsement of former President Donald Trump, but he's been plagued by scandal during his time in office. In addition to a 2015 indictment on securities fraud charges, Paxton has been accused by top aides of abusing his office and is reportedly under FBI investigation.