Local hopheads may already be planning a daylong celebration of National IPA Day, which falls on Thursday. But leave it to Dallas’ Deep Ellum Brewing Co. to take things a step further.

The brewer is using the brew holiday to launch the first beer in a new series of Hop Seeker IPAs.

The first heavy-hitting IPA in the series — a juicy West Coast-inspired brew dubbed the Hop Seeker West Coast IPA — is made with Mosaic and Cashmere hops from the Pacific Northwest. Two dry hop processes and 72 hours of conditioning give the suds gentle fruity aromas and a finish with the sticky, drippy and resinous flavors indicative of the style, according to tasting notes. 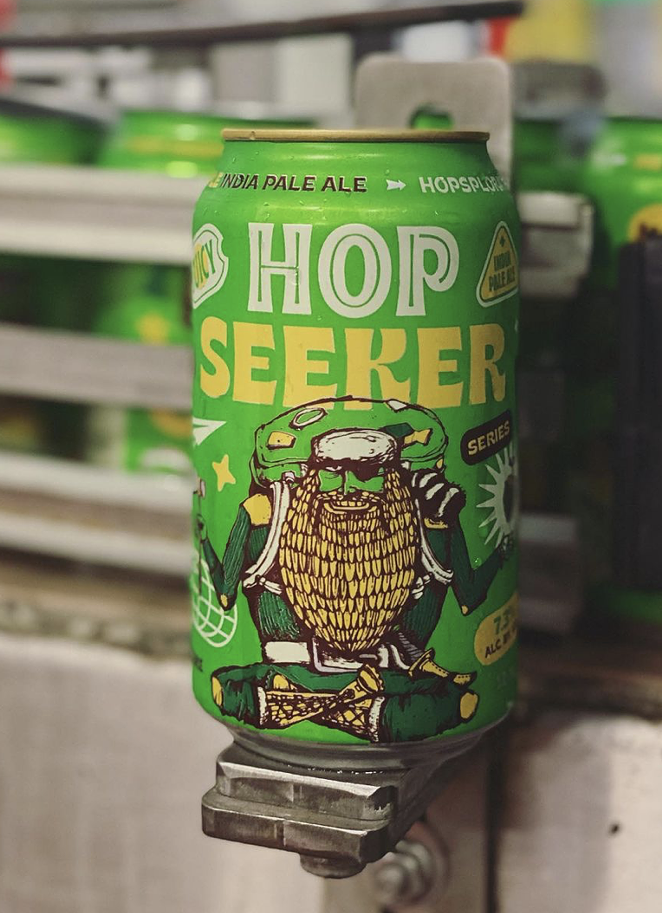 Hop Seeker is now available in six-packs of 12-ounce cans at area grocery and liquor stores.