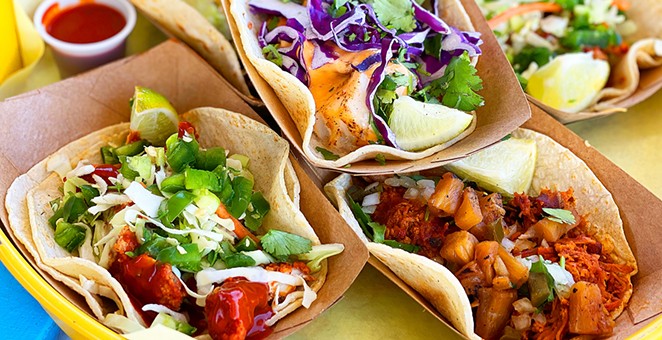 The Alamo City will gain yet another taco chain this summer when Denton-based Rusty Taco, a street-style taco concept with a full bar serving margaritas and craft cocktails, opens its first location here.

According to a news release, the new restaurant's menu will include more than 20 street-style tacos, all from original recipes, along with scratch-made sides, including guacamole, fresh salsa and taco sauces.

The location will offer 3,000 square feet of indoor space plus a 900-square-foot outdoor patio. It will also feature a full-service bar offering handmade margaritas and craft cocktails.

Rusty Taco was founded in 2010 by Rusty Fenton, who was inspired to get into the business by his travels around the U.S. and Mexico. Lone Star Restaurant Group plans to open additional Rusty Taco locations in SA in 2022 and 2023.