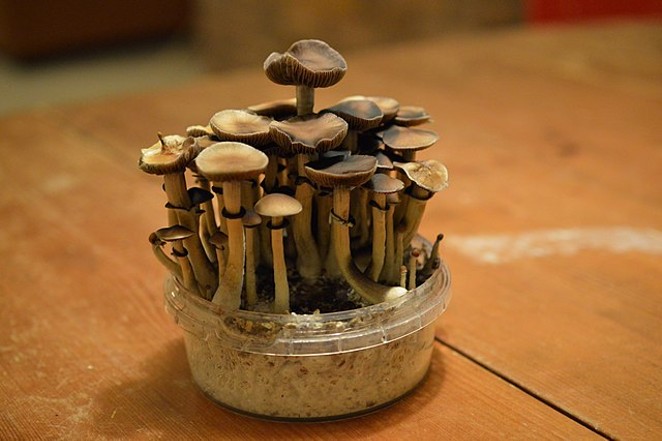 A new Texas law clears the way for the state to study the therapeutic potential of psychedelic substances such as psilocybin, or "magic mushrooms," to aid military veterans with PTSD.

The measure became law last Friday without the signature of Gov. Greg Abbott, according to a Marijuana Moment report. Days earlier, the Republican governor signed a separate bill offering a limited expansion of the state's medical marijuana program.

Under the new psychedelics law, Texas will study potential benefits and risks of psilocybin, ketamine and MDMA, more commonly known as ecstasy, in veterans grappling with PTSD. The Baylor College of Medicine and a military-focused medical center will partner on the study, Marijuana Moment reports.

"Psychedelic medicine has the potential to completely change society’s approach to mental health treatment, and research is the first step to realizing that transformation," bill sponsor State Rep. Alex Dominguez, D-Brownsville, said in a press statement. "It’s said that ‘as goes Texas, so goes the nation.’ While states across the country consider how best to address the mental health crisis facing our nation, I hope they once again look to Texas for leadership."

The measure was supported by veterans groups including mental-health advocacy organization VETS, which said its own statement that the law has the potential to "save the lives of countless veterans." Twenty or more veterans die daily by suicide, according to VETS.