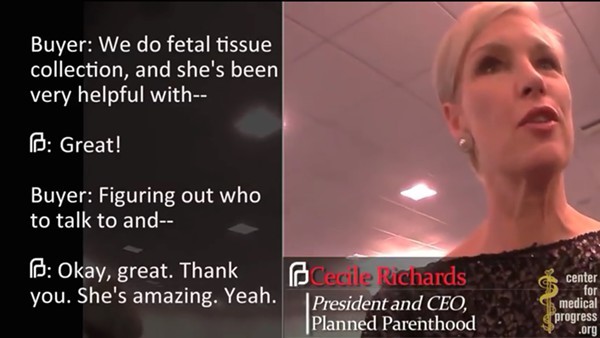 Texas officials announced today that the state's Planned Parenthood clinics will no longer receive Medicaid funding in response to undercover videos which portrayed violations related to sale of fetal tissue.

Texas officials had already stripped Planned Parenthood of most state funding in previous legislative sessions. Planned Parenthood clinics in Texas received about $3 million in Medicaid reimbursements during the 2015 fiscal year, according to the Texas Health and Human Services Commission.

The videos, produced and released by the Center for Medical Progress, an anti-abortion group, allegedly show Planned Parenthood employees negotiating prices for fetal tissue. Planned Parenthood officials claim that the videos are fraudulent, heavily altered and edited to portray the clinics in a negative light.

The letter from the Health and Human Services Commission accused Planned Parenthood of moving the date or circumstances of an abortion in order to obtain better fetal tissue samples, and conducting abortions in unsafe conditions.

“Texas has stepped forward and shown its unyielding commitment to both protecting life and providing women’s health services,” said Texas Governor Greg Abbott in a news release. “The gruesome harvesting of baby body parts by Planned Parenthood will not be allowed in Texas and the barbaric practice must be brought to an end.”

Planned Parenthood officials have 30 days to respond to the letter's allegations.