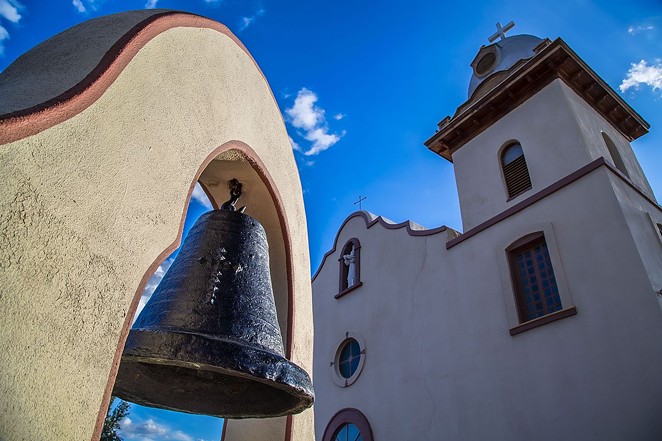 This story was published in partnership with The Guardian.

Texas, which exterminated or displaced most of the Indigenous people in the state, now wants to cash in on them.

While lawmakers support legislation that could further restrict how Indigenous history is taught in schools, a state agency appointed by Gov. Greg Abbott is trying to make money by attracting tourists to Indigenous historical and cultural sites. The Texas Historical Commission hopes to work with Indigenous nations to expand the state’s multi-billion-dollar tourism programs – even though almost all original tribes and communities were forced out of the state or killed decades ago and may not benefit financially from tourism.

The violence and colonization that resulted in Indigenous displacement probably won’t be taught in school textbooks, either. Abbott and the Republican-controlled legislature have backed bills that prohibit the teaching of critical race theory, an academic discipline that examines the ways in which racism operates in US laws and society, and effectively bans teachers from discussing racism and the state’s history of racial violence. Lawmakers also approved a patriotic education initiative called the 1836 Project, named for the year Texas won its independence from Mexico and a rebuke to the 1619 Project, the New York Times series that examined the legacy of slavery in the U.S.

In June, dozens of representatives of Indigenous nations with ties to Texas gathered virtually for the Texas Historical Commission’s monthly tribal leaders meeting, where a member of the commission’s heritage tourism program asked them to help diversify the program by identifying historically or culturally significant locations.

“We’re trying to be more inclusive and tribal history falls under that, and we want to include your history in this guide,” said Theresa Caldwell, state coordinator for the commission’s Texas heritage trails program, in a recording of the meeting obtained by the Texas Observer.

A majority of the Indigenous representatives at the meeting joined from outside Texas. Only three federally recognized tribes, the Alabama-Coushatta Tribe of Texas, Kickapoo Traditional Tribe of Texas and Ysleta del sur Pueblo, live within the state’s borders, while nearly two dozen in nearby states such as Oklahoma maintain ties — a legacy of warfare, land theft and state-sponsored genocide that exterminated whole tribes or drove Indigenous communities across state lines.

“I don’t really understand the approach: for us to volunteer, or an opportunity to share our heritage for nonprofit gain within tourism?” an Indigenous representative said at the end of Caldwell’s presentation. “That being said, how would tribes benefit who are not in Texas?”

The Texas heritage trails program represents a $7.3 billion dollar industry and offers tourists 10 different regions to explore, including the southeast, home to the Alamo, where the mostly Anglo settlers lost a battle for independence against the Mexican army, and the west, “where explorers and frontiersmen clashed with the land and Native Americans,” the program’s website states. Independent nonprofit volunteer boards oversee each region with little state oversight. Chris Florance, a commission spokesperson, says tribes that don’t offer site suggestions may not be included in the travel guides.

With passage of anti-critical race theory legislation and the 1836 Project, it’s unlikely that the stories of the heritage trails will conflict with a patriotic narrative of the state, says Jeffrey Shepherd, chair of the history department at the University of Texas at El Paso. “It’s this notion of curating acceptable stories that silence atrocities and then offer this vague narrative in which Native people end up somewhere else, like Oklahoma or Mexico. It’s a hypocritical narrative. It freezes Indigenous peoples in the past.”

Education on Indigenous people in Texas’ public schools is already cartoonishly limited. The Texas Education Agency, which oversees primary and secondary public education, requires students in the fourth grade to describe how early American Indians in Texas and North America met their basic economic needs, explain “the possible origins of American Indian groups in Texas” and perform a repertoire of songs, movement and musical games of American Indians. Students in the fifth grade must identify the challenges, opportunities and contributions “of people from various American Indian and immigrant groups such as the settlement of the frontier and building of the Transcontinental Railroad.”

Texas officials have already begun cracking down on narratives that look too closely at the state’s history. In early July, a promotional event for the New York Times bestseller Forget the Alamo: The Rise and Fall of an American Myth was scheduled to take place at the state history museum in Austin, the state capital. Just hours before the event, Abbott and Lt. Gov. Dan Patrick shut it down, with Patrick declaring the book a fact-free rewriting of Texas history. The book examines the role slavery played leading up to Texas independence and the Battle of the Alamo. Both Abbott and Patrick are members of the State Preservation Board, which oversees the museum.

According to the Texas Historical Commission, there’s no established process for how tribes will interact with the agency, but Florance says the regional volunteer boards will determine partnerships with tribes. “I think those trails would be happy to partner and support with organizations across the state of many different interest groups,” says Florance. “They have that shared mission of elevating these sites and these places.”

With so many Indigenous communities displaced from the state, there is almost no way for tribes who participate in the program to receive tourism dollars. Florance says the regional boards will make the final decisions about funding, grants or any revenue sharing.

“There is benefit to telling stories that haven’t been told before and in raising awareness,” says Valerie Grussing, executive director of the National Association of Tribal Historic Preservation Officers. “That translates into things like sports teams changing their mascots and humanizing people who have long been dehumanized. But to provide economic benefits to everybody but them? I can understand why there would be some reluctance there.”

Shepherd says there is a precedent in Texas for Indigenous people attempting to use tourism to advocate for their rights. In 1936, Tiguas from the Ysleta del Sur Pueblo, one of three federally recognized tribes in the state (but who were not recognized at the time), participated in Texas’s centennial state fair. “It was a very Wild West show, carnivalesque sort of performance,” he says. “While they were at that centennial, many of the tribal leaders tried to explain, ‘Well, we had a 17,000-acre Spanish land grant from the 1750s, and now we don’t have any land at all,’ and they attempted to speak back in that cultural heritage, tourist space. Of course, the governor rejected their claims.”

Republican lawmakers continue to draft bills that would limit teaching about racism, and Abbott identified opposition to critical race theory as a priority in the state’s second special session that began Saturday.

The 15-member board of the Texas Historical Commission, which is predominantly white, may help develop materials for the 1836 Project, pending the formation of a project advisory committee, Florance says.

“There’s a fine and changing line between tourism and exploitation,” Grussing said. “[The tourism program] shouldn’t proceed without clear benefits for the people whose stories they are. Otherwise it turns into a new form of colonialism.”

Indigenous Affairs stories are produced with support from the Economic Hardship Reporting Project.


This article was originally published by the Texas Observer, a nonprofit investigative news outlet.