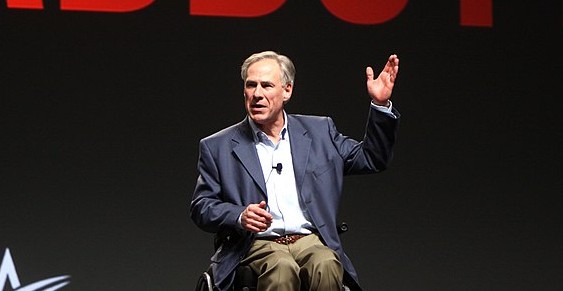 If you were waiting for Texas Gov. Greg Abbott to take bold and decisive steps to stop future mass shootings, sorry to break the news to you: it ain't happening.

With the tragic shooting in El Paso nearly two weeks in the rearview mirror, Abbott — speaking Thursday during a televised town hall — killed off any hope that he’d call call a special legislative session to address the matter.

Instead, the Republican governor said he'll soon offer details about a series of roundtables with other state officials aimed to prevent future bloodbaths. Clearly, however, any potential legislative solutions coming out of those meetings would need to wait until spring of 2021, the next time the Lege convenes.

Following the El Paso shooting, Democratic lawmakers urged Abbott to call a special session to address gun violence. And San Antonio's city council on Thursday unanimously passed a resolution asking the governor to call lawmakers back to Austin to deal with the issue.

If the roundtable Abbott offered up in lieu of a special session sounds familiar, it should.

The governor convened a similar discussion last year in response to the school shooting in Santa Fe, Texas. Several prominent gun-control groups were excluded from that roundtable, however, and it's unclear what policy changes — if any —emerged.

Abbott, a fierce proponent of gun rights, signed all ten NRA-backed bills that reached his desk during the 2019 legislative session. Immediately following the El Paso shooting, he blamed the incident on "mental health issues," a popular refrain from GOP officials after mass shootings.

In a Democratic response to Abbott's town hall, San Antonio U.S. Rep. Joaquin Castro lamented that a new school year is getting underway with the governor offering no immediate action to keep kids safe.

“Every day that goes by Texans are in harm’s way, and what is clear is that we cannot wait until 2021 for change,” Castro said.