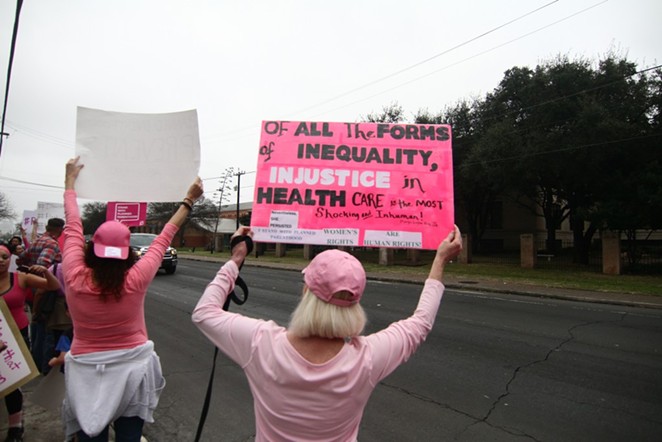 Under a bill passed by the Texas House on a preliminary vote Friday night, municipalities would be barred from working with Planned Parenthood or other abortion providers to offer services such as teen pregnancy prevention education, HIV tests and cancer screenings.

Senate Bill 22 stops government entities from providing funds to any abortion provider or even sharing goods or services with them. Abortion-rights groups say the measure would have devastating effects on reproductive health, especially for young and poor Texans. The state has the highest uninsured rate in the nation and one of the highest teen-pregnancy rates.

The bill passed on a 81 to 65 vote after hours of debate, according to a report by the Texas Tribune. It now faces one more vote in the House before it's sent back to the Senate to reconcile an amendment intended to clarify the bill's language.

In a tweet, Planned Parenthood warned that the bill wouldn't even impact its clinics that provide surgical abortion. Instead, it would endanger health centers that provide health care services such as birth control and STD treatment.


“Senate Bill 22 has nothing to do with impacting abortion services,” said Rep. Gina Hinojosa, D-Austin, at a press conference, according to the Tribune. “What Senate Bill 22 does is take aim at the routine and lifesaving healthcare services offered by Planned Parenthood.”