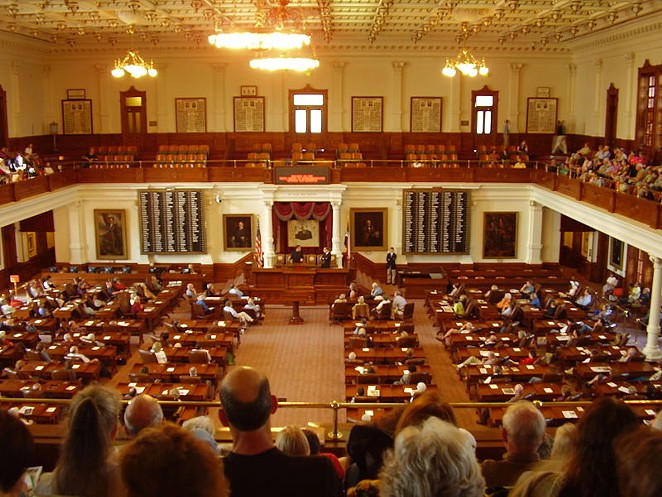 The Texas House has approved a bill educators worry will deal a setback to honest discussions on race, harm free speech in classrooms and hinder students' understanding of civics.

Republican-championed House Bill 3979, which would limit what public school students can learn about the United States' treatment of people of color, passed Tuesday night on a 79-65 vote.

With two exceptions, the vote fell along party lines. State Rep. Lyle Larson of San Antonio was the sole Republican to vote against it, the Texas Tribune reports.

The legislation is part of a national effort by GOP-controlled legislatures to ban the teaching of critical race theory, an academic examination of how racism has shaped the nation's history and institutions.

Educators, community groups and even some business leaders have blasted the bill as a bid by Republican lawmakers to score political points with their base while making it harder for students to become informed citizens.

“This bill is an exercise in historical revisionism at its worst,” Texas Freedom Network Political Director Carisa Lopez said in an emailed statement. "Denying the realities of the past in our schools might serve the partisan political purposes of Republican legislators, but it makes it a lot harder for students to understand the roots of real challenges they are inheriting."

The House will now send its bill to the Senate, which has already passed a companion piece of legislation. Republican Lt. Gov. Dan Patrick, who presides over the Senate, has been a vocal supporter of slamming the door on the teaching of critical race theory.