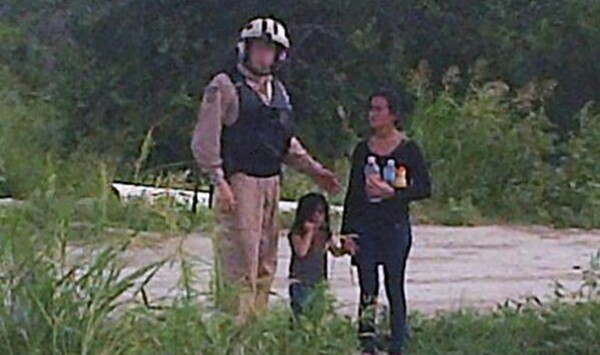 The legal challenge against Texas' omnibus border-security bill heads to a federal appeals court on Wednesday, where immigrant rights advocates will argue the law is an unconstitutional overreach that could bar landlords from renting to undocumented tenants and disrupt the work of nonprofits that run homeless and refugee shelters across the state.

House Bill 11, a sweeping border security measure Gov. Greg Abbott signed in 2015, added a new state felony charge for anyone who "encourages or induces a person to enter or remain in this country in violation of federal law by concealing, harboring, or shielding that person from detection." Conservative state lawmakers passed the measure even after the courts overturned a similar local ordinance in the Dallas suburb of Farmers Branch aimed at making it illegal for landlords to rent to undocumented families.

Last year the Mexican American Legal Defense and Education Fund (MALDEF) sued the state on behalf of two landlords, in San Antonio and Farmers Branch, who say they don't ask tenants about immigration status and don't terminate their lease or evict them if they find out tenants are undocumented. MALDEF also filed on behalf of RAICES, a legal aid and refugee assistance group that operates a shelter for asylum seekers in San Antonio, and a Brownsville-based homeless shelter that “provides temporary shelter and transitional housing to individuals and families regardless of sex, race, color, creed, national origin and immigration status.”

In April, a San Antonio federal judge sided with the plaintiffs, saying they face a "credible threat of prosecution" under the law, and blocked the immigrant-harboring measure from going into effect while the lawsuit plays out in court. The state appealed the judge's decision to the federal Fifth Circuit appeals court, where lawyers will argue the case on Wednesday.

"The U.S. Supreme Court, as well as federal courts in Arizona, Alabama, Georgia, Pennsylvania, and South Carolina have all struck down, as unconstitutional, state-enacted immigrant harboring laws like the one in HB 11," Nina Perales, MALDEF vice president of litigation and lead counsel for the plaintiffs, told us last year upon filing the suit. "Texas already has enough laws to protect us from human smuggling without targeting religious and non-profit organizations that care for immigrants."