Texas is Funny: SA’s little label that could 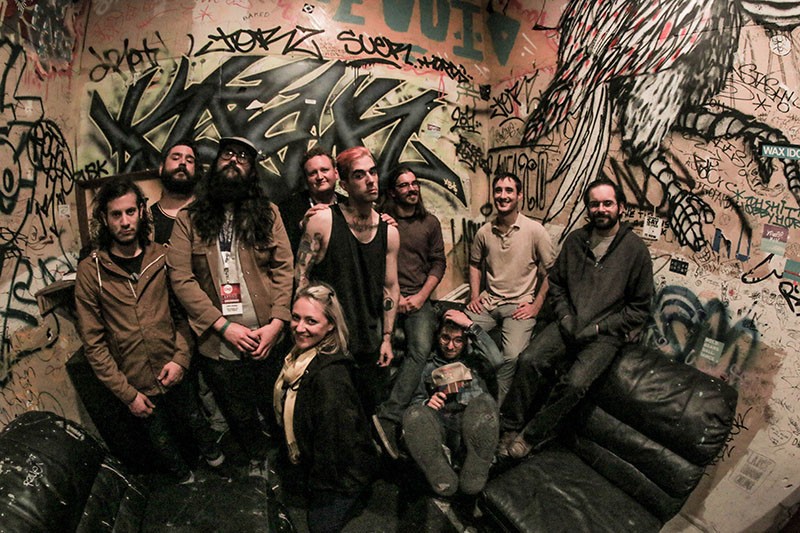 When Scott Andreu started the Texas Is Funny label in 2009, his intentions were uncertain at best. Budian, Andreu's band at the time, wanted to release an album and someone suggested they start a "fake" label for the release. Andreu, however, saw this as an opportunity that could lead to something new, something he had envisioned in his mind as a teen, when he became interested in the growing DIY music scene on the internet.

In a moment of prescience, Andreu registered his "fake" label as a legitimate business: Texas Is Funny Records. Budian dissolved after releasing their album The Beast in September 2009 on Texas Is Funny, leaving Andreu to focus on what the heck he might do with this new label that wasn't fake at all.

Just days before he headed off to the first official Texas Is Funny CMJ showcase at Shea Stadium in Brooklyn, Andreu walked us through the label's progression, from the inspiration stages to the present day.

In the late '90s, he was inspired by the creative way in which people used the internet for their own artistic purposes. He recalls that people "were using these intricate homemade webpages on Geocities as, basically, zines." This DIY approach, and the musical discoveries it led to for Andreu, left him enamored with the possibility of somehow participating in the budding indie music e-community.

From there, Andreu moved to Seattle, hoping to gain experience and get himself into the mix. After years working as a sound guy and learning everything he could about the business of putting on shows, Andreu moved back home to San Antonio, where he played in Budian and booked shows on his own. When Budian disbanded and left Andreu with a bandless label, he started to think of using personal savings to put out music. The next two Texas Is Funny releases, from SA's Pop Pistol and the now defunct Yes, Inferno, came when Andreu found himself thinking, "I've saved up some money, these are some friends of mine, maybe I can put out their albums for real." At this point, the label had no aesthetic guidelines, and Andreu was just experimenting with friends' projects.

When a 2011 split release between The Grasshopper Lies Heavy and Yes, Inferno went awry, Andreu met Marcos Gossi, a member of the band (God Townes) that filled in on the split. Gossi expressed an interest in helping Andreu with his fledgling venture and, after sizing each other up, the two agreed to join forces. In hindsight, Gossi's importance to the label's flourishing cannot be overstated. It began in earnest in 2012 and now includes playing in one of their finest acts (Vetter Kids), recruiting new talent and helping Andreu—who works upwards of 60 hours a week to fund the label—with day-to-day necessities.

The next turning point for Texas Is Funny came in the summer of 2013, when Andreu joined the Frenchkiss Label Group, a distributor for indie labels with considerable clout in the business. Since signing with Frenchkiss, in addition to releasing music in growing quantities and of growing quality, Texas Is Funny has fleshed out its roster of publicists and other behind-the-scenes partners. Working with bands they hope to cultivate for the long haul—Vetter Kids, Glish, Hawks (of Holy Rosary), Dahling and Ex-Breathers—this young label has, over the past year, garnered glowing coverage from "mainstream-indie" outlets like Impose, Pitchfork, Stereogum, The AV Club and many more.

As the label continues to expand its roster and cultivate its unique '90s worshipping, post-punk, wall-of-sound aesthetic, Andreu confesses that he's excited to feel as though he's gone "from being a spectator to being a creator" of the music and scene that he loves.