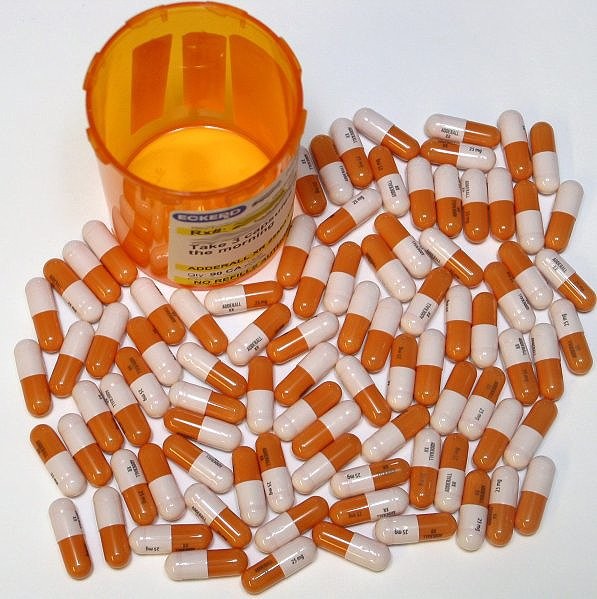 The 2015 Texas Legislature pulled a big “oops” when it accidentally decriminalized the possession of non-prescription Adderall. Which means that anybody who has been charged since September 1, 2015, with the felony controlled substance offense can get the charges dismissed or downgraded because the law now says it’s a misdemeanor.

The erroneous change laid out in Senate Bill 172, which was signed into law by Governor Greg Abbott, wasn’t caught for almost a year, reports the Houston Chronicle. A bulletin chronicling the mistake was sent out and posted online by the Texas District and County Attorneys Association on July 22.

“The way it has been described to us was that it was an unintended consequence to the new statute that lawmakers passed,” says Bexar County District Attorney Nicholas “Nico” LaHood. “They were trying to create an exemption for certain drugs under the penalty group 2, but they accidentally, from what we understand and what we’ve been told, included new language that excludes any [Federal Drug Administration] approved substance from penalty group 2. Well, that means all of them.”

“It’s not like you just get off scot-free if you don’t have a prescription,” adds LaHood. “You can be prosecuted under the misdemeanor possession miscellaneous substance charge. It’s typically a class B misdemeanor, depending on the amount you have… but it would be a misdemeanor at this point versus a felony.”

While the Harris County District Attorney's Office in Houston has identified 50 pending cases and 18 completed cases, Bexar County is still working on identifying cases that might need to be addressed. LaHood says that nobody has come forward to get his or her charges downgraded or reversed. At least not yet.

“We’re going to be proactive. We’re not going to sit back and wait for someone to bring the case to us from defense counsel,” says LaHood. “Our intake section is diligently looking at past cases, but unfortunately we don’t list them specifically for Adderall.”

Lawmakers, in an effort to lay down the law for possession of synthetic marijuana like Kush and Spice, re-wrote the statute to encompass all of the nasty chemicals that are found in designer weed. But legislators also tried to include an exception for prescription holders of Adderall/Vyvanse, a stimulant for attention-deficit/hyperactivity disorder (ADHD). It failed super hard.

The 2017 Legislature will most certainly change the statute back to the way it was. But even then, it wouldn’t go into effect until next September. In the meantime, district attorneys across the state started scrambling after the TDCAA notice went out.

“The upshot of all this is that after September 1, 2015, most (all?) Adderall and Vyvanse crimes became misdemeanors, not felonies,” reads part of the TDCAA bulletin. “Therefore, if our analysis is correct, you should immediately change your charging protocols, alert your local law enforcement to this change, and then review past cases to see if any of them need to be re-opened. So … good luck with that!”