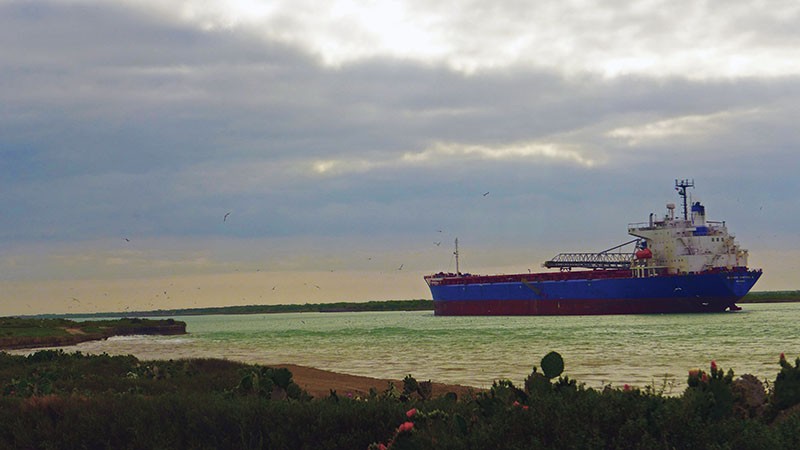 Shallow-water fishing trips, dolphin-cove sightseeing tours, bird-watching excursions, sunning and playing on South Padre’s velvety sand—these are some of the thrills that draw more than a million tourists each year to the poorest metro region of the United States, making tourism and eco-tourism the biggest economic driver here at the Rio Grande Valley’s southern edge.

Chances are that any San Antonio resident reading this story has visited South Padre at least once, and if you’ve been there once, you’ve probably returned. Home to just 3,000 permanent residents, SPI offers first-world amenities such as restaurants, bars, retail shops and night clubs, yards away from world-class sport fishing, bird-watching and beachcombing. Unlike Corpus Christi and Galveston beaches, South Padre Island, its bays and estuaries, remain relatively pristine. But perhaps not for long.

Ten miles southwest, sharing a coastline and an economy, sits Brownsville, the nation’s poorest city, home to 200,000 residents. Local politicians and energy industrialists are busy pushing a new fossil fuel economic-development scheme in this small border city, this time in the form of liquefied natural gas, or LNG–natural gas that has been chilled and condensed so that it can be easily shipped over long distances.

Energy companies are looking for Texas ports where rent is cheap and space is copious, hoping to build Leviathan complexes of smokestacks, refrigeration chambers and sewers that will produce LNG for export to China and beyond. Because Brownsville’s deep-water channel is edged by plenty of inexpensive land, four LNG conglomerates are trying to set up shop in this coastal zone, which is populated by brown pelicans, ocelots, sea turtles, dolphins and a host of other endangered and protected wildlife. There are now more than 30 proposed LNG export terminals in the U.S., though the only one under construction is in Sabine Pass, Louisiana. In Texas, LNG terminals are also being proposed in Freeport and Corpus Christi. The projects must go through a lengthy review and permitting process with the Federal Energy Regulatory Commission, which approves permits to export LNG to countries that are part of the World Trade Organization. The four proposed Brownsville facilities— Texas LNG, Annova LNG, Gulf Coast LNG and NextDecade LLC—have yet to clear Department of Energy and other federal hurdles that would make them candidates for a FERC permit.

Liquefying natural gas is a dirty and unsightly enterprise. In Brownsville, the proposed LNG facilities would dump millions of gallons of heated effluent each day into one of the healthiest shallow-water bays in the world. The plants’ 500-foot flaring towers—which release mercury, hydrogen sulfide, helium, carbon dioxide, hydrocarbons and other impurities from the natural gas—would burn a couple of miles downwind from the state’s most popular beach. Local environmental groups estimate that air pollution will quadruple in the Brownsville-South Padre Island metroplex, a 10-mile stretch of coastline, residential neighborhoods and small businesses that may soon sit under the brown-cloud haze of pollution already familiar to residents of industrialized regions like Corpus Christi, Galveston and Houston. The purification and refrigeration process for LNG is so energy-intensive that the amount of greenhouse gas emissions for this region would be staggering.

The Energy Department has restructured the LNG permitting process to require the Federal Energy Regulatory Commission to prepare an EPA impact statement for each proposed facility. Last week, the EPA questioned FERC’s dismissal of the impact a Corpus Christi LNG facility would have on minority neighborhoods. Although the EPA can raise concerns about an environmental review prepared by FERC, ultimately the commission can issue a permit over the EPA’s objections. FERC’s decisions can be appealed to the Council of Environmental Quality, but it’s a rarely used and difficult process that requires objectors to show there was a misstep in the review process.

BUILD IT AND THEY WILL COME

Leading the charge to bring LNG to Brownsville is U.S. Congressman Filemon Vela. The first-term Congressman is part of a trend: Texas Democrats who’ve broken with a broader caucus that’s against fast-tracking oil and natural gas exports, a caucus composed of Dems like Massachusetts Senator Ed Markey, who has warned that, “[LNG] exports could cost consumers and businesses tens of billions of dollars in higher energy bills.” Vela is one of seven Texas representatives who voted last month to approve construction of the Keystone XL Pipeline, and he has consistently voted for Republican-sponsored bills that are designed to fast track the export of LNG. He’s brokered deals between political subdivisions and companies hoping to ship LNG from the Port of Brownsville, helping arrange more than a billion dollars of infrastructure on the taxpayers’ dime. These construction projects include deepening the Brownsville ship channel, building an 800-megawatt power plant and constructing an expansive network of roads and rail lines intended to connect the coming and going of materials, personnel and machinery. In return, the new industry promises short-lived jobs for a handful of local workers, and plenty of pollution.