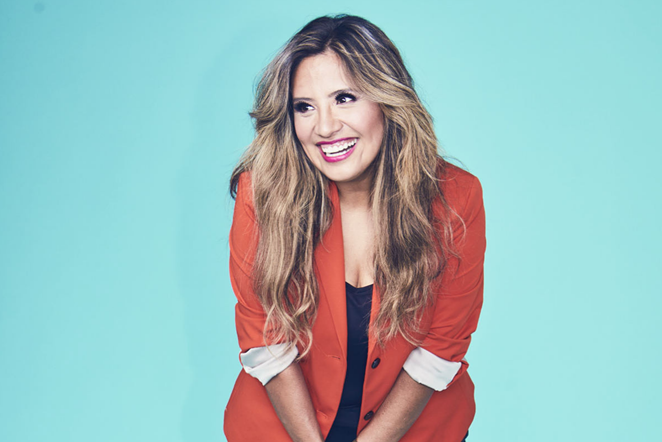 Comedian and actress Cristela Alonzo’s pinned tweet on Twitter lists some of her career accomplishments and mentions that she doesn’t “get the attention others get … I have to promote myself.”

So, here we go: Alonzo, who was born and raised in San Juan, Texas, was a semi-finalist on the reality series Last Comic Standing in 2010. Four years later, she became the first Latina to create, write, star in and produce her own U.S. network sitcom, Cristela, for ABC. The series was cancelled after one season, and later Alonzo said the support for her show was “non-existent” behind the scenes.

“Whether this show fails or succeeds, I want to do it my way and make sure I did everything I could to keep it authentic,” Alonzo told the Current in 2014.

Since then, Alonzo has lent her voice to a pair of animated films, The Angry Birds Movie and Cars 3, and voiced a computer-generated arctic hare for TV’s His Dark Materials. She also released her autobiography, Music to My Years: A Mixtape Memoir of Growing Up and Standing Up; a Netflix special, Lower Classy; and the podcast To Be Continued, which features a mix of sketches and social commentary.

In the future, give Alonzo more ink. She deserves it.