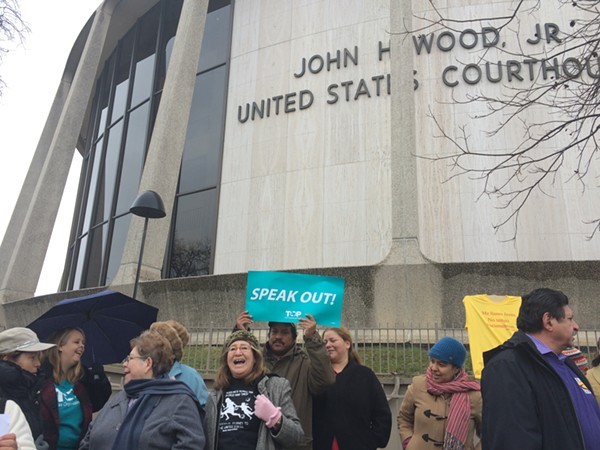 Tennessee and Nevada have joined Texas and 24 other states in a lawsuit against President Barack Obama's immigration executive order, the Associated Press has reported. The legal challenge originated in the Lone Star State after Obama announced a plan to provide temporary relief for nearly 5 million undocumented adults — many parents of children — and allow them to apply to work in the United States throughout fear of deportation.

The lawsuit, which our newly sworn-in Gov. Greg Abbott filed against the executive action in his role at state Attorney General, claims Obama is outside the scope of his authority. The new Texas Attorney General Ken Paxton called the action "illegal amnesty" in an announcement today about the two additional states joining the lawsuit.

"His actions represent a blatant case of overreach and clear abuse of power," Paxton said.

A Brownsville federal judge heard the case in mid-January and has yet to making a ruling.

Statewide and locally, organizations such as the Texas Organizing Project and workers unions have called on state leaders to drop the legal challenge. They say the executive action will help adults with children come out of the shadows and continue to work.

"This lawsuit is a direct attack on immigrant families," Joaquin Guerra, political director of the Texas Organizing Project, said two weeks ago at a rally in San Antonio.