Texas' Prison Population is Shrinking. Will it Continue? 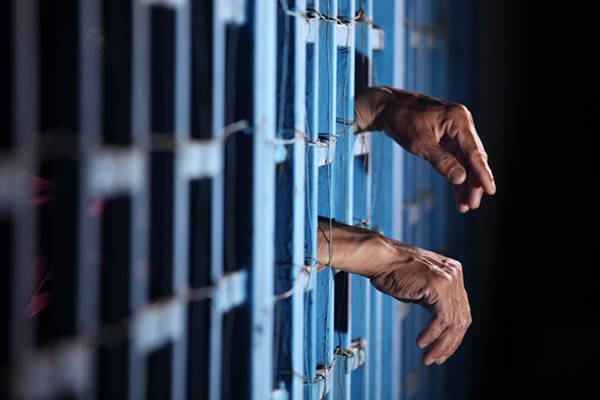 While Texas remains home to the largest inmate population in the country, new data shows that decade-old statewide reforms may have made a significant dent in the growth rate. In fact, Texas' colossal prison population is actually shrinking — and at a much faster rate than half the country. At least for now, that is.

In 2010, Texas' prison population reached an all-time high with 173,649 inmates behind bars at one time. But a new report released by the Sentencing Project, an incarceration reform advocacy group, shows that in just five years' time, that number dropped almost 5 percent. Since we're dealing with Texas-sized numbers, that means nearly 8,700 fewer people were in prison in 2015 than 2010.

Criminal justice experts in the state attribute that drop to a handful of incremental reforms Texas lawmakers introduced around 2007, in an attempt to shrink the state's ballooning criminal justice budget.

"For the last decade, Texas has been making a concerted effort to turn the tide," says Michele Deitch, a senior lecturer at the University of Texas' LBJ School of Public Affairs. Instead of just adding more beds to deal with the population spike, she says the state started putting more money toward diversion programs and treatment services to address the reasons why Texans were landing in prison in the first place. And if this new data proves anything, that decision has paid off.

Deitch says that's because Texas has yet to pass a comprehensive prison reform bill, like the sweeping New Jersey law shrinking drug crime sentences in 2010, or the California vote to drastically revise the state's “three strikes and you’re out” life sentencing law in 2012. Texas' reform has been a slower, more piecemeal process.

"But mass incarceration didn't happen overnight," she says. "Dismantling it isn't any different."

The future of Texas' prison reform, however, is decidedly hazy. Deitch says she and other criminal justice advocates were disappointed in the state legislature for dodging any real discussion about sentencing reform this session. It's not that prison reform bills weren't filed, or even that they faced harsh opposition.
The session clock just ran out before they were heard.

Meanwhile, the White House has returned to a 1980s outlook on incarceration with Attorney General Jeff Sessions pitching a "tough on crime" approach to handle a "war on drugs." But unlike during the Reagan era, crime in the United States is at an all time low, and decades of research and advocacy have changed the way lawmakers and the public understand criminal justice.

"It's all fear-mongering. We know so much more now about what works and what doesn't," Deitch says.

But will the government listen to researchers and use the new data to inform policies?

"Obviously data and facts aren't respected by our new administration," Deitch says. "That's really what's keeping me up at night."