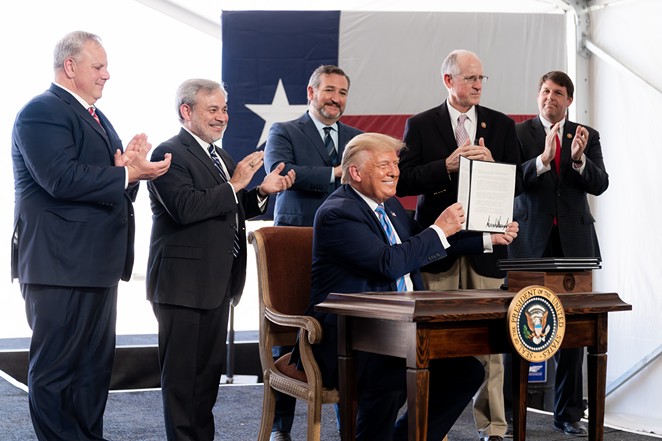 Several prominent Lone Star State Republicans joined in a call organized by the Texas Democratic Party to ask GOP voters to put country ahead of party and vote out President Donald Trump.

"It's not just enough to sound off against the president," said Republican donor Jacob Monty, who served on Trump's Hispanic Task Force before publicly parting ways over the president's anti-immigrant rhetoric. "We need to vote for Joe Biden. The consequences are just too great if we don't."

Monty, who helped mobilize Latinx voters for Republican George W. Bush's two presidential campaigns said Trump's racially divisive politics and lack of respect for military personnel are antithetical to his beliefs. For the first time in his life, he's now voting for a Democrat on the top of the ticket.

"All of that changed when Donald Trump descended that escalator and called us rapists and murderers," Monty said, growing red-faced as a he spoke on the Zoom call co-sponsored by the Biden campaign. 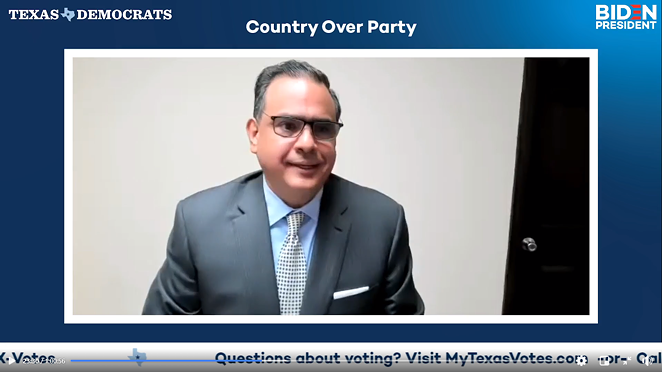 Likening Trump's divisive politics "national migraine," former Republican congressman and Dallas mayor Steve Bartlett said the president has damaged both the country's governance and national security. He bristled at a reporter's question about whether a Biden presidency might hurt Texas' oil economy.

"I had to laugh at the question, because how much worse could the oil economy be damaged [than under Trump]?" he asked rhetorically.

Some on the call defended down ballot Republicans, including Sen. John Cornyn, who only recently have begun distancing themselves from the president. Cornyn, a key Trump enabler, made headlines over the weekend when he said he'd privately disagreed with the president over some policies.

Former GOP consultant Pierre Dubois said Cornyn's "hollow" about face on Trump comes months too late. Voting straight Democrat ticket this cycle is the only way to send a wakeup call to the GOP to right the party, he added.

"There needs to be a straight repudiation of this Republican Party in 2020," Dubois said.