Texas Thinks Cancer-Causing Bacon Is a Load of Hogwash 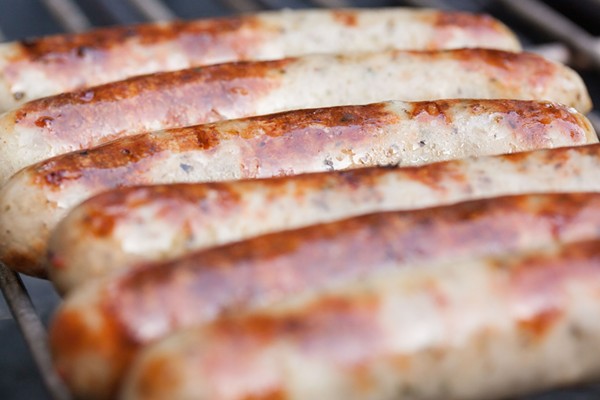 This morning, a great majority of the United States gave a resounding "meh" to news that bacon and other delicious meat products can kill you. Yes, not only is meat murder, it's also a murderer.

A report released by the World Health Organization' International Agency for Research of Cancer attempted to suck all the joy out of life by concluding that processed meats such as sausage, cold cuts and bacon are a definite cause of cancer. The report further determined red meat is a probable cause of cancer.

To put it in another way, that Meat Lovers pizza doesn't love you back.

Allow these specific details to feed your cancer fears. The report classifies processed meats as a Group 1 carcinogen, meaning there was "sufficient evidence" that the cosumption of such products causes colorectal cancer. That's the same classification given to asbestos and tabacco products. Red meat, such as beef, pork and lamb, is classified as a Group 2A probable carcinogen, meaning there is "limited evidence" that the steak you are eating right now is “positively associated with pancreatic and with prostate cancer." Yum!

In short, that means there is an increased risk that bacon, that thing you love most in this world, could possibly lead to your death. We still love you, bacon.

According to the Washington Post, the report is "one of the most aggressive stances against meat taken by a major health organization." But Texas agencies that play a role in the state's meat industry don't think you should stop smoking brisket and grilling hot dogs any time soon. Texas, by the way, is the nation's top exporter of beef.

Texas Agricultural Commissioner Sid Miller, who loves deep-fried foods and hates Muslims, told the Texas Tribune that the report was "another example of politicized science that is not grounded in reality."

"Lean red meat has long been, and will continue to be, an important part of a healthy, well-balanced diet, Miller said.

Gene Hall, a spokesman for the Texas Farm Beareau also doubts the findings.

“To put red meat in the same sentence as tobacco and asbestos is absurd,” he said. “For the time being, I’m going to assume the public’s appetite for red meat will remain strong.”

The public's appetite for red meat will remain strong, because red meat is delicious.

Hall added that he doubted both the science and the interpretation of the data. The WHO report was authored by 22 experts from 10 countries who reviewed over 800 epidemiological studies that investigated links between meat consumption and cancer. That overwhelming amount of evidence leaves little room for doubt, but in a society where people can seriously deny the existence of climate change, anything is possible.