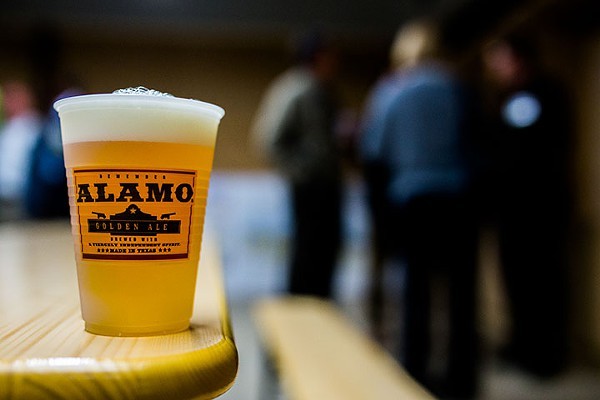 Alamo Beer Company has disclosed to the San Antonio Current that the brewery has entered a confidential settlement agreement with the Texas General Land Office and will continue to use of the Alamo image in its brand identity. Ted Lee, attorney for Alamo Beer indicates that the company is in compliance with the agreement, although the publicly available Consent Order and Final Judgment (embedded below) states that the brewery is barred from using the Alamo image after April 30.

Brittany Eck, press secretary for the Texas General Land Office has provided the following statement to the Current:

Alamo Brewing Company is the first commercial recipient of an official license to use the Alamo mark, for which they paid a substantial licensing fee. Any and all fees collected for use of the mark will be put in a dedicated fund for the Alamo. This matter was resolved amicably and the GLO is pleased to have come to mutually acceptable terms of agreement in this matter.

The Alamo Beer Company appears to be losing its own battle of the Alamo, or at least its battle to use the Alamo image.

A federal judge has ordered Alamo Beer and Texian Brewing Co. in Fort Bend County to cease using the image of the storied mission in its promotional materials, the San Antonio Express-News reports. The order comes at the request of the Texas General Land Office, which took over custodianship of landmark from the Daughters of the Republic of Texas in 2011. The agency asserts the two breweries are violating trademarks owned by the State of Texas by using images of the Alamo's distinctive roofline to promote their beer products. The State registered numerous Alamo trademarks in 2013 in order to sell branded merchandise at the Alamo and to protect its image from for-profit use.

The order, announced by Texas Land Commissioner George P. Bush, is the latest development in  litigation between the GLO, Alamo Beer and Texian Brewing. The trademark spat began in March of 2014, after Alamo Beer Company sued Texian Brewing over its use of the Alamo silhouette. The company, which has used the image of the Alamo on its products since 1997, argued it had an active trademark to use the Alamo image on beer products. But in May of 2014, the State of Texas filed a motion to intervene in the suit, asserting its registered and common law rights to the Alamo trademark. The General Land Office will allow the use of the word "Alamo" but contests the use of its iconic facade.

Now Alamo Beer's efforts to protect its brand identity have resulted in the company losing a significant component of its public image.

The San Antonio Current has reached out to Alamo Beer Company CEO Eugene Simor for comment, but has yet to receive a response.